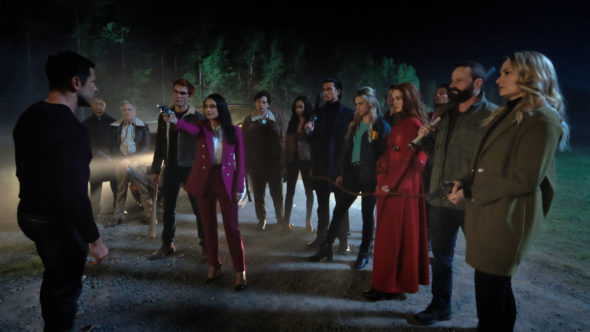 Riverdale is having its mid-season return delayed by a couple of weeks. New sixth season episodes will begin airing on March 20th instead of March 6th. The date change is due to the rescheduling of the Critics Choice Awards which were postponed this month due to the Omicron outbreak. The awards show will now take place on March 13th.

The CW revealed more about the delay in a press release.

Based on the characters from the Archie Comics, RIVERDALE is a bold and subversive take on the wholesome town of Riverdale and some of its teen residents, including Archie, Betty, Veronica, and Jughead, as they discover the darkness and dangers that bubble underneath their town’s wholesome façade.

RIVERDALE was originally scheduled to return for its midseason premiere on Sunday, March 6 (8:00-9:00pm ET). An original episode of the HBCU Marching Band docu-series MARCH will air from 9:00-10:00pm ET, as previously announced.

What do you think? Are you excited about the return of Riverdale on The CW?

Who still watch this nonsense? It was finished in S2.