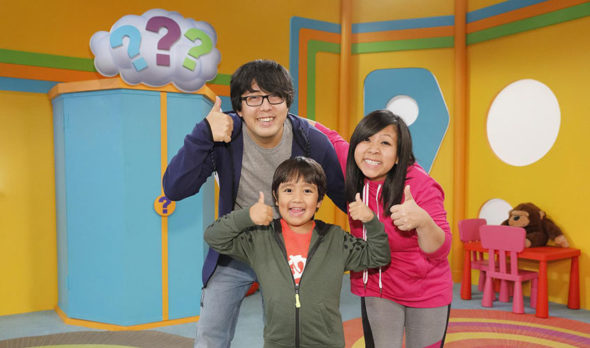 Ryan’s Mystery Playdate is sticking around. Deadline reports Nickelodeon has renewed the TV show for a second season.

The children’s series “follows Ryan as he tackles a series of imaginative, physical challenges and solves mystery box puzzles to reveal the identity of his playdate.”

What do you think? Do your kids watch Ryan’s Mystery Playdate? Are you glad it’s coming back?

My almost 5 year old daughter LOVES this show…. It is a corky show but like I said she loves it and most of her friends absolutely love it so if she is happy I am happy… I think it’s definitely cute for a younger demographic.

It is a horrible slow paced.show . The people seem like idiots that play on this show and from the reviews I’ve seen from parents and children this show shouldn’t have made it through the first season

No offense, but this show is super lame… wtf Nickelodeon? I always thought you were trying to give the kids more… not so much here. Fun on you tube…not tv