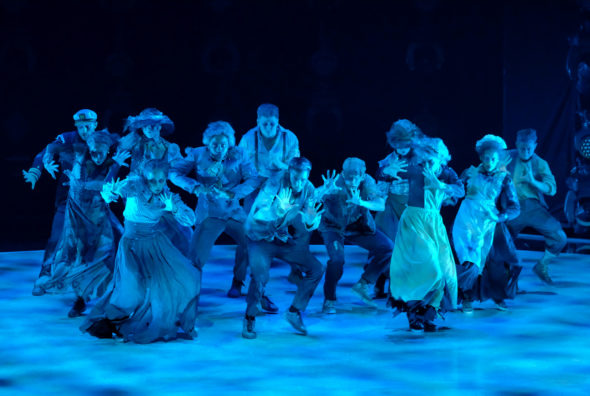 So You Think You Can Dance is finally returning to FOX for its 17th season following a two-year hiatus caused by COVID-19. However, at least one familiar face will be missing when the dance competition premieres this summer.

Nigel Lythgoe revealed on social media that he has not yet been asked to return to the panel for the upcoming season of So You Think You Can Dance. He co-created the FOX series with Simon Fuller and has appeared on the judges’ panel for all of its previous seasons.

I am so thrilled that America’s young aspiring dance talent will get to work with some of our greatest creative choreographers. On a personally sad note, I have not been asked to be on the judging panel this season. I don’t know who will be saying “Cue Music” but I wish them well

It is also unknown if Cat Deeley will return to host the season. She has hosted each season since the show’s second year but moved home to London during the pandemic. Auditions are set for later this month in New York, Los Angeles, and New Orleans.

What do you think? Are you excited about the return of So You Think You Can Dance on FOX? Do you want to see Lythgoe return as a judge?

I suppose we are courting the youth vote with these new judges. It would be nice to have Nigel back, and some people who actually are knowledgeable about classical dance, or have much in the way of actual dance training.

Are they crazy?!? Mr. Lythgoe is the very best thing on the show. Warm, kind and knowledgeable. He irreplaceable. I love this show but I’m not sure I can watch it if he’s not on it.

Of course the talent makes the show. Nigel is irreplaceable. Cat would also be missed. Please rethink what you are doing. Fingers crossed !

If anyone thinks the host doesn’t change or make the tone of a show think about Tyra Banks vs Tom Bergeron on Dancing with the Stars.

The show so you think you can dance will not be the same without Nigel and Cat..if they do not both return…neither will I…sorry..to loyal.Best toVal all.

It’s unbelievable to think that SYTYCD would be returning without Nigel Lithgow as a judge. He and Mary are the the backbone of this irreplaceable dance program. ASK HIM BACK!!!

Well that’s not a good decision at all. Nigel and Cat make it good. Mary’s screaming drives me nuts. Need judges who knows dance well. I love this show and have missed it.

I’m sorry to see Nigel Lythgoe will not be returning. Why would you let him go? He makes the show and also Mary Murphy. Please keep the both of them. Nigel, not being there, might be the downfall of the show.

I am very fond of Nigel Lythgoe and I feel he is one of, or the most experienced judge of any dance programming on tv. His experience of dance talent is by far the best.

I love the show, but Nigel should also be a part of it, why change things when it is working???? Keep Nigel & keep the show going for many more seasons, it won’t be the same without Nigel!!!!!

I am overjoyed that so you think you can dance is finally returning! However I am not pleased that the creator will not be returning as a judge. Whoever made this decision obviously does not understand that for longtime fans ( who tend to be like i older / wiser) it is Nigel lythgoe’s humanity and insight along with his fellow choreographer about the human condition that first attracted myself and many others to the program. Please refer to the choreography on a women who has learned that she has breast cancer, the deaf contestant or the many other real… Read more »

I’m thrilled this show is returning but it wouldn’t be the same without Nigel and Cat. Also, really hoping Mary is on the panel, too!