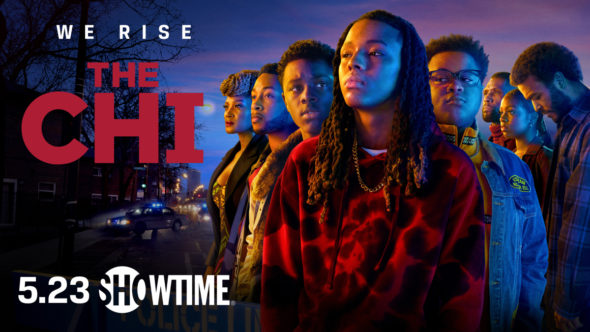 In the past, The Chi has been one of Showtime’s highest-rated series. However, past success doesn’t necessarily mean an audience will keep coming back for more. Will viewers return to watch more of this drama series? Will The Chi be cancelled or renewed for season five? Stay tuned.  *Status Update Below.

Created by Lena Waithe, The Chi stars Jacob Latimore, Alex Hibbert, Yolonda Ross, Shamon Brown Jr., Michael V. Epps, Birgundi Baker, Luke James, and Curtiss Cook. Guests include Kandi Burruss, La La Anthony, Tabitha Brown, and Jason Weaver. The story is a timely coming-of-age story centering on a group of residents on the South Side of Chicago who become linked by coincidence but bonded by the need for connection and redemption.

For comparisons: Season three of The Chi on Showtime averaged a 0.13 rating in the 18-49 demographic and 399,000 viewers in the live+same day ratings (includes all DVR playback through 3:00 AM).

What do you think? Do you like The Chi TV series on Showtime? Should it be cancelled or renewed for a fifth season?

*8/3/21 update: The Chi has been renewed for a fifth season on Showtime.

This show i gives revealing insights into dynamics that exist in the African American Culture. Although some scenarios may be over dramatized it still hits home with a lot of realism that people can relate to. I see this show covers a plethora of areas, homosexuality, religion, political corruption, parenting, food, senior care,drugs, gangs, this show covers all these areas and the writers and actors do a great job.