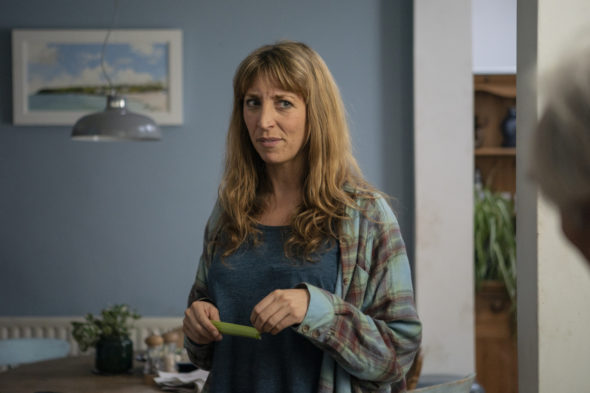 Showtime released all six episodes of the first season of Back to Life ahead of its cable premiere. Could this mean that the channel had lost interest in the series before it even aired or, could it be renewed regardless of traditional viewer ratings because it originates in the UK and costs less? Will Back to Life be cancelled or renewed for season two? Stay tuned. *Status update below.

A British comedy-drama series, Back to Life is created and written by Daisy Haggard and Laura Solon. The show stars Haggard, Geraldine James, Richard Durden, Adeel Akhtar, Jo Martin, Jamie Michie, Christine Bottomley, and Liam Williams. After 18 years behind bars, Miri Matteson (Haggard) returns home and stumbles back into adult life in the coastal town she once knew. The mystery of her past continues to follow her.

What do you think? Do you like the Back to Life TV series on Showtime? Should it be cancelled or renewed for a second season?

*11/20/19 update: Back to Life has been renewed for a second season on Showtime.

This was such a smart, well done, well acted show. Please, ANOTHER SEASON

Super, lovely show that is poignant and funny and really works on how great life can be if we focus on honesty and being good rather than total jerks to eachother

Loved back to life, please season 2