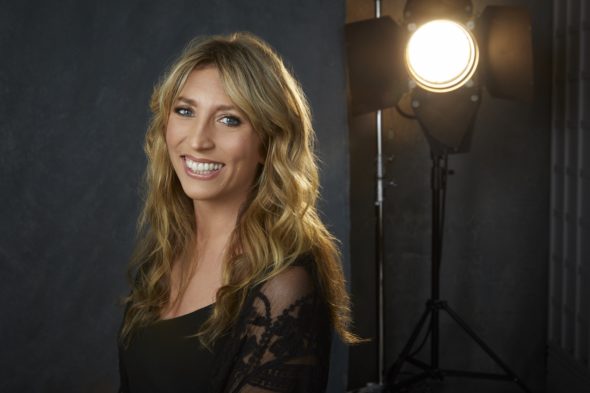 Back to Life is being given even more life. The series has been renewed for a second season before its first season wraps on Showtime. The season one finale is set to air on November 24. The series stars Daisy Haggard, Geraldine James, Richard Durden, Adeel Akhtar, Jo Martin, Jamie Michie, Christine Bottomley, and Liam Williams.

Season one of the series was released entirely by Showtime before it aired on the network, so the on-air ratings were low. The series averaged 150,000 viewers a week.

Showtime revealed more about the renewal of Back to Life in a press release. Check that out below.

“SHOWTIME has announced a second season of the six-part comedy series BACK TO LIFE, which will be a co-production with BBC Three. From Fleabag producers Harry and Jack Williams of Two Brothers Pictures, BACK TO LIFE is created and written by Daisy Haggard and Laura Solon, with Haggard starring. Debuting to rave reviews, BACK TO LIFE will wrap up its first season on Sunday, November 24 at 10 p.m. ET/PT with two back-to-back episodes. The entire season is available now for on-demand streaming or download on the SHOWTIME and SHOWTIME ANYTIME® apps, as well as for viewing via SHOWTIME On Demand. The announcement was made today by Gary Levine and Jana Winograde, Presidents of Entertainment, Showtime Networks Inc.

“BACK TO LIFE is a charming, funny and introspective comedy that resonates beautifully with SHOWTIME viewers,” said Winograde. “With such sharp writing and sensitive, winning performances from Daisy and the cast, we are confident that this gem from across the pond has even more delights to share with us in season two.”

Daisy Haggard said, “Laura and I are delighted that Showtime and the BBC are giving us a chance to continue Miri’s story. There’s so much more to tell, and we are incredibly grateful to have the opportunity to do that!”

“The reception that BACK TO LIFE has received has been amazing,” said Harry Williams, Managing Director, Two Brothers Pictures. “Daisy and Laura are those rare writers that can make you laugh and cry in equal measure – which is a wonderful quality. We can’t wait for fans to see what they have in store for Miri this time around.”

In the first season of BACK TO LIFE, Haggard plays Miri Matteson, who after 18 years behind bars, returns home and stumbles back into adult life in the coastal town she once knew, while the mystery of her past looms large. Miri’s first few weeks out of prison see her trying (and frequently failing) to lead a normal life in her picturesque but claustrophobic seaside hometown. Miri attempts to rekindle old relationships, make new ones, look for work and readjust to life outside, while desperately waiting for the world to forget about what happened that fateful night. Guiding Miri as she tries to adapt are a cast of offbeat and intriguing characters with secrets of their own, including her sexually frustrated mother, Caroline (Geraldine James), her obsessive environmentalist father, Oscar (Richard Durden), and her parole officer with no filter, Janice (Jo Martin). We also meet first love Dom (Jamie Michie), ex-best friend Mandy (Christine Bottomley), next-door neighbor Billy (Adeel Akhtar) and fish and chips shop owner and new boss Nathan (Liam Williams).

BACK TO LIFE is produced by Two Brothers Pictures for BBC Three, UK in association with all3media international. The series is created, written and executive produced by Haggard, Harry and Jack Williams and Sarah Hammond. Co-writer Laura Solon serves as executive producer.”

What do you think? Are you a fan of Back to Life? Will you watch season two?

Absolutely love Back to Life. The writer’s creativity of Miri’s character is fantastic. So much humor along with human strife with each personality. Love love love the series!