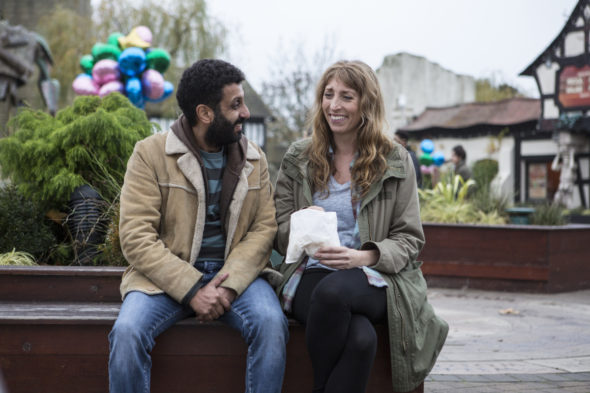 TV show description:
A British comedy-drama series, Back to Life is created and written by Daisy Haggard and Laura Solon.

After 18 years behind bars, Miri Matteson (Haggard) returns home and stumbles back into adult life in the coastal town she once knew. The mystery of her past continues to follow her. Miri’s first few weeks out of prison see her trying to unsuccessfully lead a normal life in her picturesque but claustrophobic hometown.

Miri attempts to rekindle old relationships, make new ones, look for work, and readjust to life outside — while desperately waiting for the world to forget about what happened that fateful night.

Guiding Miri as she tries to adapt to life on the outside are her sexually frustrated mother, Caroline (James); her obsessive environmentalist father, Oscar (Durden); and her straightforward parole officer, Janice (Martin).

What do you think? Do you like the Back to Life TV show on Showtime? Do you think it should be cancelled or renewed for another season?

Enjoyed this quirky show. Would love to see it renewed.

Love the series I hope it’s being renewed for another season.