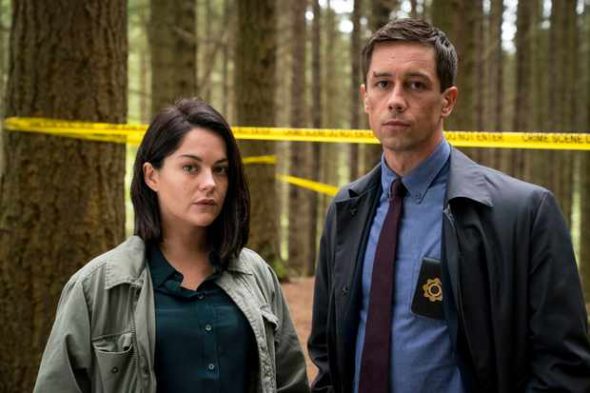 Set during the height of the Celtic Tiger financial boom of the millennium, the story focuses on two murder investigations which are led by Rob Reilly (Scott) and Cassie Maddox (Greene).

When a young girl is found murdered in a dense wood on the outskirts of Dublin, Rob — a smart-suited detective whose English accent marks him as an outsider — is dispatched to investigate the crime with his partner, Cassie Maddox (Greene).

Against his better judgment and protected by his friendship with Cassie, Rob is pulled back into another case of missing children and forced to confront his own darkness.

As the case intensifies, Rob and Cassie’s relationship is tested to the breaking point and when Cassie is sent undercover for another murder case, she is forced to come face to face with her own brutal reckoning.

What do you think? Do you like the Dublin Murders TV show on Starz? Do you think it should be cancelled or renewed for another season?

I loved Dublin Murders. I can’t wait for Season 2…so many unanswered questions?

I Loved the Dublin Murders. It was awesome, it keeps you wondering what happened when Ron was a young boy and where are all the other children, Why was he the only one that survived. Please bring the series back.

I love this show and beg for a new season!!