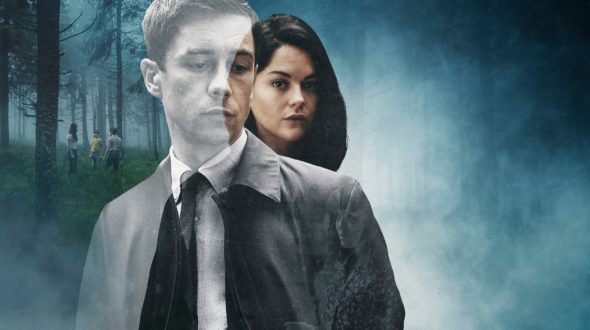 Will justice be served in the first season of the Dublin Murders TV show on Starz and BBC One? As we all know, the Nielsen ratings typically play a big role in determining whether a TV show like Dublin Murders is cancelled or renewed for season two. Unfortunately, most of us do not live in Nielsen households. Because many viewers feel frustration when their viewing habits and opinions aren’t considered, we invite you to rate all of the first season episodes of Dublin Murders here.

A Starz psychological thriller series, Dublin Murders is based on Tana French’s Dublin Murder Squad series of novels. It stars Killian Scott, Sarah Greene, Tom Vaughan-Lawlor, Moe Dunford, Sam Keeley, Antonio Aakeel, Conleth Hill, and Tom Vaughan-Lawlor. Set during the height of the Celtic Tiger financial boom of the millennium, the story focuses on two murder investigations which are led by Rob Reilly (Scott) and Cassie Maddox (Greene). As the case intensifies, Rob and Cassie’s relationship is tested to the breaking point and when Cassie is sent undercover for another murder case, she is forced to come face to face with her own brutal reckoning.

What do you think? Which season one episodes of the Dublin Murders TV series do you rate as wonderful, terrible, or somewhere between? Do you think that Dublin Murders on Starz and BBC One should be cancelled or renewed for a second season? Don’t forget to vote, and share your thoughts, below.

It definitely needs a second series.I found it gripping.

Great series, great cast and loved it!!! Need season 2 for sure

Can’t (or don’t want to) rate individual episodes, as they contribute so well (and in their individual way) to the whole of this very fine series. Excellent writing, acting, all of it. Carry on, you most excellent people, and please… let’s have season two and beyond! – a most well-entertained American.

Got very involved in this series; so much so, that I read the two novels on which the show is based. The books were by far much better. I understand but I believe that each book has enough to be a stand alone venue. Tana French weaves a very good personality profile of Rob and Cassie.

The Dublin Murders . My husband and I love this show . Please bring it back for another season

I did become rather obsessed with this show. I thought it was great and would absolutely love to see s second season, hopefully with the original main characters. They have more stories to tell.

Please we need Series 2.Hopefully you can bring back Cassie and Adam.Cassie,Sarah Greene is an excellent actress,as all are good in the series.There is so much you can do with the story for Season 2. You don’t necessarily have to follow the books as shown in Outlander.

I hope there will be a Series 2.There was a lot of unanswered questions about what happened to Adam.i assumed it was supernatural nature. Still loved Robs role and Cassie and there is still so much to do for Season 2 You do not always have to follow the books,would to see Cassie and Rob return.

Please give us a season 2. Very good drama and mystery!

Was a little hard to follow at first but enjoyed the season. Now season two show what happened.