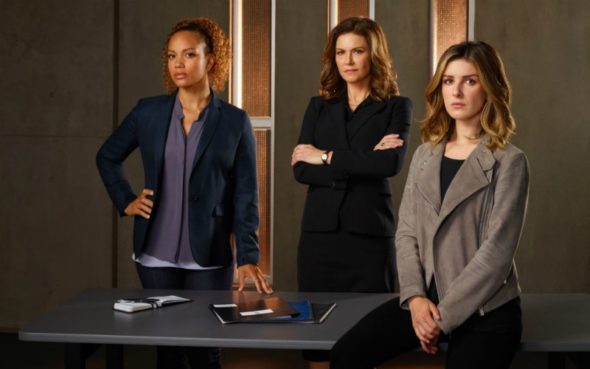 The Detail is off the case. According to star Shenae Beech, CTV has cancelled the TV show after only one season.

On Twitter, Beech revealed The Detail will not be returning for a second season. The U.S. network ION picked up season one last year but has yet to air the series.

Canada! The last ever episode of @TheDetailCTV starts now! Sadly we will not be coming back for a second season on @CTV but it’s been an absolute dream getting to bring Det. Jack Cooper to life! Hear my thoughts and feels about the cancellation and more at https://t.co/vCgKt9Rr6H

What do you think? Have you seen The Detail? Are you sad it’s been cancelled?

Not surprised at all. The writing was bland, full of cliches etc.. and the typical crappy Canadian production that plagues these low budget shows (and i am Canadian).. The only reason i watched was for british actress Angela Griffin, she was previously on the far superior British comedy/drama Mount Pleasant. She must have really need the money to have taken on this crappy show.

You must be hellish hard to please. While not the best I’ve seen this was an ok series and I am not on my own in being sorry there is to be no series 2. Maybe another way of looking at Angela Griffin accepting a part in the show is that she saw it as an ok show. I’m certain she is a better judge than either of us.

Really enjoyed The Detail.Sad there’s not a second season.

I’m very very disappointed. I really enjoyed this show. I love anything written by sally Wainwright! She is absolutely brilliant. We need another women cop duo, there’s been zip since Cagney and Lacey. Come on CTV! Get a mitt and get in the game!

What a shame, The Detail has been cancelled, I was thoroughly enjoying the storylines, a missed opportunity here me thinks!!

Why cancel it? For once there was a cop show with no bad language or full frontal nudes.

Boy I really enjoyed the Detail. So many of my fav shows are being cancelled while total crap is being renewed. I just don’t get it. To bad it was a good show.

I Loved this beautifully acted detective series. Shame it’s cancelled when other not such good stuff goes on!!!!

I was looking forward to the second season. Sorry to hear it is cancelled