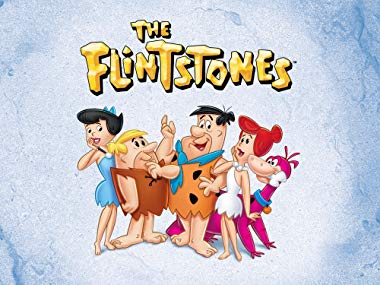 The Flintstones are coming back! Variety reports Warner Bros. is developing a revival series based on the classic TV show.

The original Hanna-Barbera cartoon centers on the adventures of a Stone Age family, The Flintstones, and their neighbors, The Rubbles. The series ran on ABC from 1960 to 1966. The show spawned several spin-offs, crossovers, and films, including the 1994 live-action movie starring John Goodman.

The new Flintstones series comes from Warner Bros. Animation and Elizabeth Banks’ production company, Brownstone Productions. A network has not yet been named.

What do you think? Are you a fan of The Flintstones? Would you watch the revival series?

The flintstones was the best cartoon ever. Please dont screw it up.

Is it still going to be headed by Seth MacFarlane? I hope so

Elizabeth Banks.Seth MacFarlane one was cancelled after the script pitch or something along those lines in 2012.