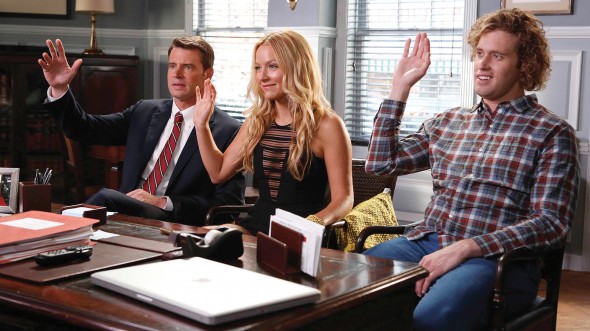 🙁 renew … It was a really good family oriented show that brings warmth and joy :'(

I love the show I got so sad when just ended in episode 7! Please, Netflix, buy it, finish the 1st season the way it was supposed to and do season 2! I really want it to became a Netflix Originals!

Loved it, I really hope that Netflix decides to continue the show.

Saw the show on Netflix and love it…was so bummed when it ended at seven episodes. I hope Netflix picks it up and add it to their original rotation

the show is nw on Netflix and zi loved it! i’d love fir it to get picked up and continue where it left off but I know that’s unlikely.. it is so heartwarming and funny at the same time loved it!

Everyone wants to watch the most stupid things on TV now a days dont get me wrong stupid is funny but it isn’t fulfilling. This show however was. The many puzzles and the comedy with the mistery was amazing. We should be watching more episodes like this that keep you hooked, that make you wonder “will they ever get together?” “Who gives up and who plays the game”. Not episodes that make me question the future of our humanity. I can’t be the only person that gets that.

Loved this show. Clever probably why. People want to follow Kardashians. Not clever

I think this show is awesome, and that the ratings are not good, people should be able to watch this show. It kills me that it’s cancelled!
I watched the show in one day that’s how awesome it is!

I loved this show. First saw it on a plane and had to hunt it down. Good shows just don’t seem to stay long. Everyone in to reality tv.

Love this show, can’t believe it’s over. Bring it back! I found it on 10play and couldn’t stop watching it. Shame it was only 10 episodes I was hooked.

I only just discovered this show (it’s being shown in Australia currently)… and it is really good! Can’t believe it only got 7 episodes, they could have at least done all 13 with a proper finale. The show got better as it went along, episodes 4-5 were so funny! All my favourite comedies have been axed – Suburgatory, The Crazy Ones, Enlisted, Psych now Goodwin Games… so sad. In my opinion, there are way too many violent crime drama shows these days.

Monica, I agree—it’s great! I have to say, though I’m pretty annoyed withy the 10 network for putting it on when they KNEW there was no ending. How frustrating. Grrr!

The Goodwin games is hilarious! TJ Miller plays an awesome role, in fact the whole cast does a great job! Perfect casting choice. In some sitcoms there’s usually one or two characters or actors I would change but in this show I wouldn’t change a thing. I will definitely miss it if they choose not to renew it. If they do renew it I’m hooked for life.

I love this show, are you sure you had correct ratings? Maybe the time was wrong or you did not give the show a proper introduction to the viewers or some other management mistake.