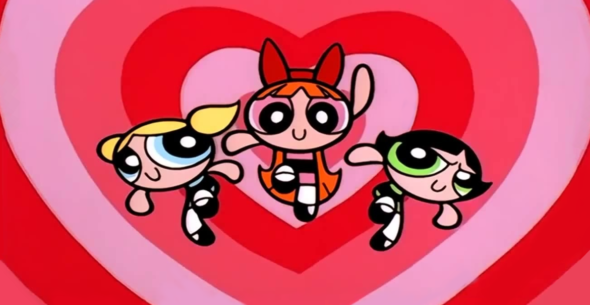 The Powerpuff Girls may be coming to The CW. A new live-action series is currently in development by Greg Berlanti and Warner Bros. Television. The project will feature adult versions of the characters from the animated series created by Craig McCracken. Diablo Cody and Heather Regnier are writing the script for the pilot of the series.

Deadline revealed the following about the potential series for The CW:

“The Powerpuff Girls used to be America’s pint-sized superheroes. Now they’re disillusioned twentysomethings who resent having lost their childhood to crime fighting. Will they agree to reunite now that the world needs them more than ever?”

The Powerpuff Girls animated series debuted on Cartoon Network in 1998 and revolves around three young female superheroes  — Blossom, Bubbles, and Buttercup — and their creator, Professor Utonium. The series ran for six seasons and ended in 2005. It was later rebooted in 2016 and that version ran for three seasons.

What do you think? Were you a fan of The Powerpuff Girls animated series? Would you watch a live-action version on The CW?

I would so totally not watch a live action version

Why make it Powerpuffs? Why not make it a new team with a fictitious backstory similar to – but in no way – the Powerpuff Girls? Love the original animated series and it’s an interesting premise, but I will not watch this.

I already know that I’m not watching this show, but even with this premise I would still rather see it in an animated format. I swear if they weren’t making it live-action, I doubt the CW would even pick it up. That same premise could work even without it being affiliated with this property. But of course. In Hollywood, originality is played out.

Oh good grief adult versions? Is it because the Nerdy kid boys like crap is The reason why they’re coming out crap? Good grief please don’t do this