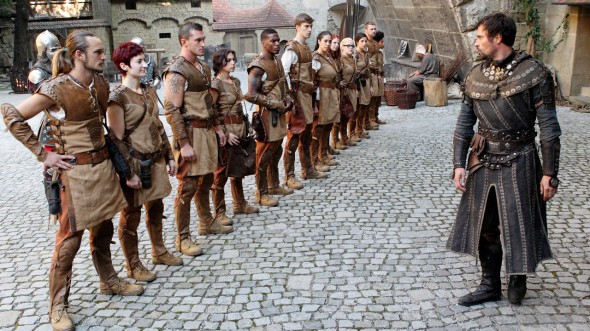 TV show description:
This fantasy reality show follows a dozen real people as they are put into a fantasy world called Everealm and live out their own fantasies and adventures. It’s a land filled with magic, mythical creatures, and agents of darkness lurking in the shadows.

The competitors — now called Paladins — receive scrolls that read, “Paladin, The Fates beckon you to save Everealm from the dark power known as Verlox. A True Hero lives inside you. Your time is now.” They compete against one another in various individual and team challenges and the losers are banished from the realm. In the end, there will only be one true hero.

What do you think? Do you like The Quest TV show? Do you think it should be cancelled or renewed for another season?

Good show,but they need to get there facts straight Jack Daniels was decovered by a black slave!!!!!

Yes, it’s been over for years but I LOVED it ! So update it and bring it back!!!

This show has been over for years! yes bring it back–but they won’t. Great idea, but it was only a game…I know it has to be that way–but there has to be a more serious, threatening aspect to it–kind of like Survivor–a real challenge, true hardship and commitment. It should not be hoaky at all. Like Tolkien…deadly serious.

I totally agree. Bring EverRealm BACK! It was a really good show!!