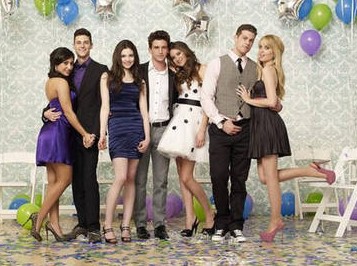 ABC Family has decided to cancel their long-running TV series, The Secret Life of the American Teenager, after five seasons on the air. While there won’t be a sixth season, there’s still more to come.

The ratings have come down over the years. To date, the fifth season has averaged a 0.7 rating in the 18-49 demgraphic with 1.38 million viewers. Still, it remains one of ABC Family’s highest-rated series.

While the show is ending, there are still 13 installments to come. A holiday episode is slated for November 19th and the dozen final installments will start airing next March. By the end, there will be 121 episodes of Secret Life.

Hampton called the series regulars to break the news. It’s unknown if the final episode will give the show some closure, end on a cliffhanger, or simply be open-ended.

What do you think? Are you sorry to hear that The Secret Life of the American Teenager has been cancelled? How would you like to see the show end?

I think they should make season six because to see how is everyone is doing in future and are they going to meet again.