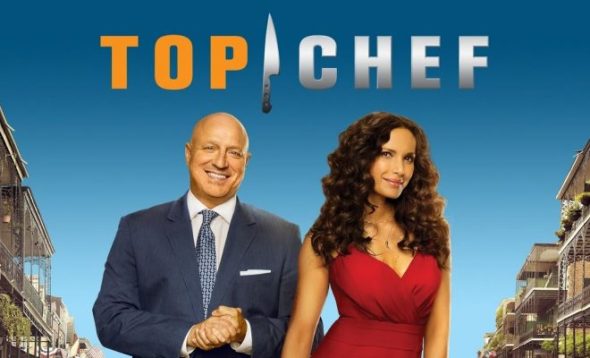 Is Top Chef coming to your hometown? Recently, Bravo announced the casting locations and dates for the series’ 16th season.

Hosted by Padma Lakshmi, the long-running competition series pits chefs against each other in series of cooking challenges judged by Tom Colicchio, Gail Simmons, and Graham Elliot.

Bravo has not yet announced a premiere date for season 16 of Top Chef, but you can audition for the season at one of the dates and locations below:

NEW YORK – January 25, 2018 – If you think you can stand the heat, sign-up to get in the kitchen! Bravo Media’s Emmy and James Beard Award-winning “Top Chef” is searching for the utmost talented and emerging chefs to compete on season 16 of the high-stakes culinary competition series. This year’s chef meet and greets will take place by appointment at restaurants of alumni and friends of “Top Chef” in Chicago, Detroit, Houston, Miami, Nashville, New York City, Philadelphia and San Francisco. Interested chefs looking to vie for the coveted title should email topchefcasting@magicalelves.com to make an appointment or go to Bravotv.com/topchefcasting for more information.*

What do you think? Do you watch Top Chef? Do you think you could compete?