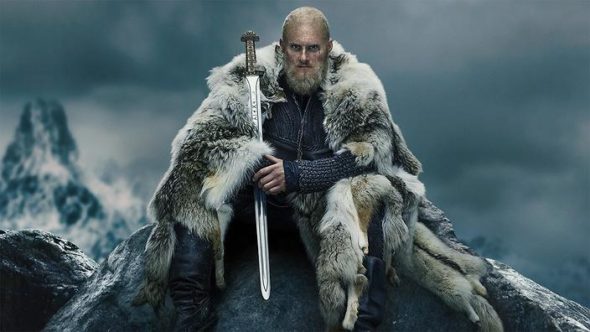 During a Comic-Con@Home panel session today, History released a trailer that teases the remaining 10 episodes of the Vikings TV series. The final 10 episodes of the TV show are expected to air later this year or early next year but a date has not been announced.

In talking about the final episodes, Hirst said, “The characters who we all, including me, have grown to love will all have their fates decided. Whether they live or die is of course in the hands of the gods, although I had a hand in it too. I think the conclusion of this saga is deeply satisfying. A proper and meaningful ending. And I hope all our fans will feel the same way. I tried to do justice to all my characters and I hope I’ve succeeded.”

Here are some highlights from the panel, the teaser video, as well as video of the panel (the latter will be available for a limited time):

What do you think? Are you a fan of the Vikings TV series? Are you looking forward to the final episodes?

I am so excited for the next 10 episodes of this absolutely fantastic series. The actors have done an amazing job of bringing each and every character to life. Every episode has been exciting,informative and even nail biting. I have laughed, cried and waited eagerly for the next show over the years. And the music.. shout out to the background music for this show for setting the scenes with such perfect sounds.. this can also make a great show even better. I am so sad to see this show ending as it has been such a huge part of my… Read more »

I am excited for the last 10 episodes. But am sad for the end of the show. The cast was fantastic for the amazing story that was written. Vikings has been the best show ever.