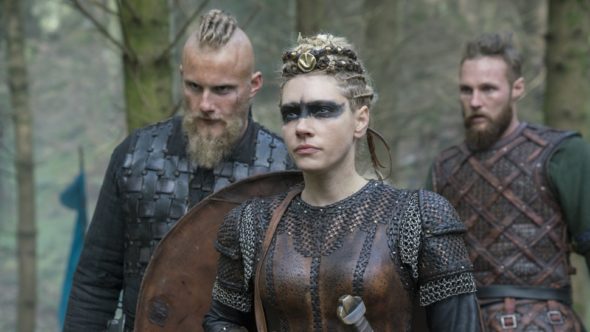 The reign of Vikings is coming to an end. Deadline reports the History TV show will end after its upcoming sixth season.

According to Deadline, Vikings will debut its sixth and final season sometime later this year, with the final episodes airing in 2020. And while the History series is coming to an end, Vikings creator Michael Hirst and MGM Television are reportedly looking to franchise the show with a possible spin-off.

What do you think? Do you watch Vikings? Would you watch a spin-off?

The best is yet to come!! Harold Hardrade!

Please, please! Continue with season seven My daughter and I live for the show and have faithfully watched it you can end it will be end of season six you have to make season seven please and thank you

Would love to a spin-off

Vikings is a great show, not totally historic but still enjoyable to watch. Good actors with good story line makes it what it is.