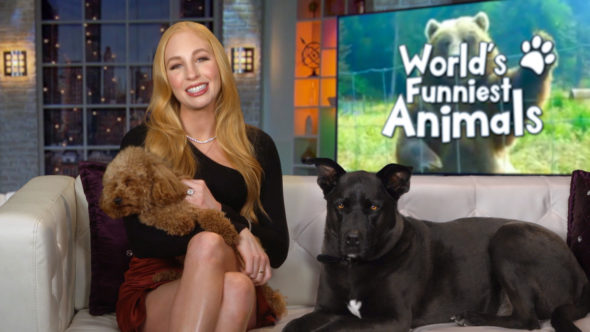 The World’s Funniest Animals TV series appears to be pretty inexpensive to produce and the network, for the first time in its history, has timeslots to fill on Saturday nights. Will the ratings hit some all-time lows for The CW on this new night? Will that matter to the network? Will World’s Funniest Animals be cancelled or renewed for season three? Stay tuned.  *Status Update Below.

4/4 update: You can see the latest night’s ratings in context.

For comparisons: Season one of World’s Funniest Animals on The CW averaged a 0.10 rating in the 18-49 demographic and 716,000 viewers in the live+same day ratings.

What do you think? Do you like the World’s Funniest Animals TV series on The CW? Should it be cancelled or renewed for a third season?

*1/21/22 update: World’s Funniest Animals has been renewed for a third season on The CW.