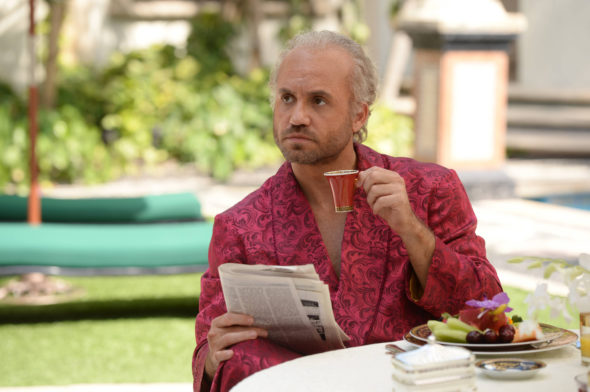 The second season of American Crime Story averaged a 0.37 rating in the 18-49 demographic and 1.22 million viewers. Compared to season one, that’s down by 72% and 63%, respectively. Find out how The Assassination of Gianni Versace: American Crime Story stacks up against the other FX TV shows.

Fans don’t have to spend the second season wondering whether FX will cancel or renew American Crime Story for season three. FX picked up the third season, back in October of 2016. Originally, the Katrina installment was supposed to air as season two, but production was quicker on The Assassination of Gianni Versace, so they switched around the order. While the network hasn’t publicly picked up a fourth season, they’re treating it like a done deal. Unless they can’t make season three work, I don’t think we’ll have to worry about cancellation too soon. For now, I’ll order some takeout and will update this page with breaking developments. Subscribe for free alerts on American Crime Story cancellation or renewal news.

What do you think? Do you hope the American Crime Story TV show will be renewed beyond season three? How would you feel if FX cancelled this TV series, instead?