Andor is coming to Disney+ on August 31st and the new Star Wars series has already been renewed for a second season. Work will begin on the 12 episodes for season two starting in November, per Deadline.

Andor takes action five years before the Rogue One film. Diego Luna returns from the movie for the series, and he will be joined by Genevieve O’Reilly, Stellan Skarsgård, Adria Arjona, Denise Gough, and Kyle Soller.

“Disney+ is pleased to share the trailer and key art from its upcoming series “Andor” that was featured this morning at Star Wars Celebration. The new, original series from Lucasfilm takes place prior to the events of “Rogue One” and launches exclusively on Disney+ August 31, with the first two episodes.

The “Andor” series will explore a new perspective from the Star Wars galaxy, focusing on Cassian Andor’s journey to discover the difference he can make. The series brings forward the tale of the burgeoning rebellion against the Empire and how people and planets became involved. It’s an era filled with danger, deception and intrigue where Cassian will embark on the path that is destined to turn him into a rebel hero.

Check out the trailer for Andor below. 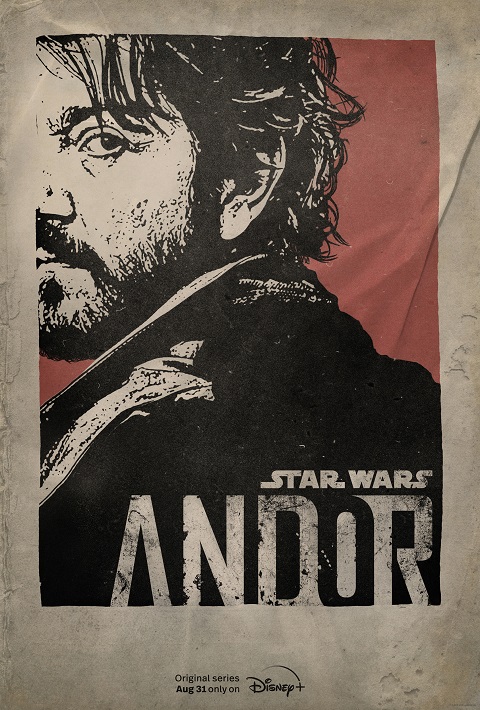 What do you think? Do you plan to check out this new Star Wars series?