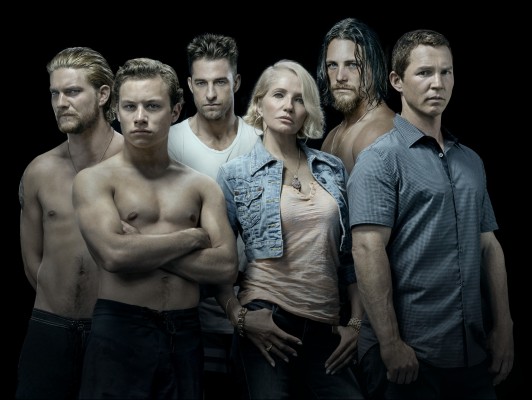 “If you don’t protect your property, the wolves will come.” TNT has released a new trailer for season three of Animal Kingdom.

Season three of Animal Kingdom premieres on TNT on May 29th at 9 p.m. ET/PT.

Check out the new preview and read more info below:

This summer, the infamous Cody family is back as TNT’s hit drama Animal Kingdom returns for its third season. In last season’s shocking cliffhanger, Baz (Scott Speedman) was shot while on his way to Mexico after framing Smurf (Ellen Barkin) for murder. Season three opens with Smurf in jail and her grandson J (Finn Cole) in charge of the family business. The Cody men find themselves increasingly divided as they fight for both control and their independence, but have to come together when outside threats emerge. Deran’s (Jake Weary) drifter dad Billy (Denis Leary) comes back to make amends, but may have other motives.

I love Animal Kingdom. I wish you wouldn’t make it so long between seasons. I loved Blue too and you removed it.

I will definitely be watching I love this show! Never miss an episode

Been waiting along time for Animal Kingdom !!!