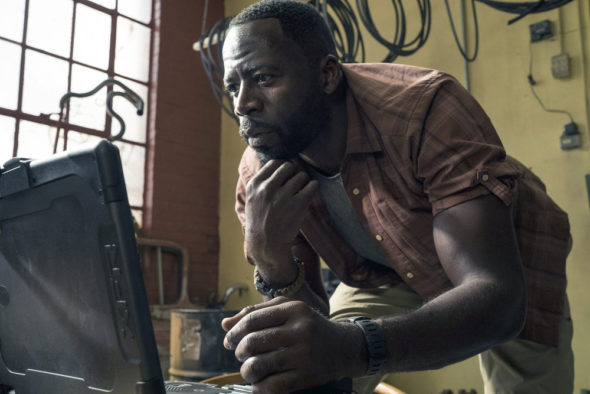 It looks like Demetrius Grosse is moving on. Deadline reports the Brave star has been cast in a new CBS pilot called Chiefs.

Gross will play Deputy Clem Bryant on the cop drama, which “explores the professional and personal lives of three driven, successful but very different women who are each Chiefs of Police of their own precincts in L.A. County.” The cast also includes Aunjanue Ellis, Alana De La Garza, and Jorja Fox.

It’s unclear what this means for The Brave. NBC has yet to renew the military drama and ratings weren’t especially strong during its first season, which wrapped in January. Overall, the season averaged a .92 rating in the 18-49 demo and 4.616 million viewers.

What do you think? Have you seen The Brave? Would you watch a second season?

want the brave back on

I love watching the brave wish it still was on

Please bring back the Brave it was a great show

This show was incredible!!!! PLEASE DONT CANCEL IT! If you do I hope another network or Netflix picks it up.

I really hope The Brave returns for another season. It’s a great show.

The Brave is a great show, I hope it is renewed as well

“The Brave” is an excellent suspense series. Compared to Seal Team it is hands down better and I say this with previous military experience. I think it needs a little PR work to help it out.

The Brave is an excellent TV drama series and I hope it will be renewed for another season.

The Brave is a series I’ve watched again and again; I hope NBC will renew it for a season two.

Love the show and the characters. I hope it doesn’t get cancelled!

Watched every episode. Much better than Seals and forget about Valor, more like a soap opera.
Keep the show. One of my favorites.

Please renew this show. I didn’t know about it when it aired, and I discovered it on demand and watched it all in a day. First show where I’ve connected with the characters on broadcast tv in a very long time…