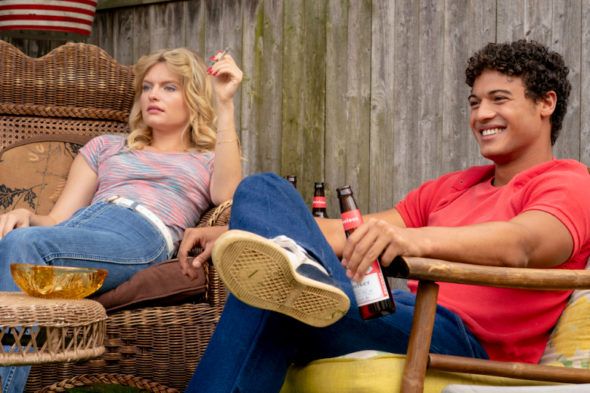 The second season of Bridge and Tunnel is on the way. Production has begun on the second season of the EPIX drama series from Edward Burns. The half-hour dramedy also stars Sam Vartholomeos, Caitlin Stasey, Gigi Zumbado, JanLuis Castellanos, Brian Muller, and Isabella Farrell. The first season aired early this year.

“Premium network EPIX® announced today that the upcoming second season of Bridge and Tunnel has started production in New York, with an eye towards a 2022 premiere. Written, directed and produced by Edward Burns (Saving Private Ryan, Public Morals) – who also stars – this six-episode, half-hour dramedy series set in the early 1980’s revolves around a group of recent college grads setting out to pursue their dreams in Manhattan while still clinging to the familiarity of their working-class Long Island home town.

In addition to Burns, the series is also executive produced by Aaron Lubin (Something Borrowed, Public Morals) and Lori Keith Douglas (The Village, Friends from College). Bridge and Tunnel is produced by EPIX Studios and is internationally distributed by MGM.”

A premiere date for the second season of the drama will be announced at a later date.

What do you think? Are you excited about the second season of Bridge and Tunnel on EPIX?

There was a first season? /