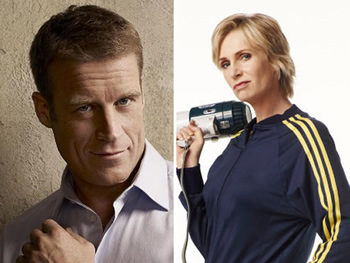 While FOX doesn’t have the most viewers, the network does consistently attract the biggest portion of people in the coveted 18-49 demographic. They’ve had a very successful season with few stumbles.

Here’s a listing of FOX TV shows with their current status. This list encompasses shows that have aired from July 1, 2009 through June 30, 2010.

Renewed
America’s Most Wanted: The show that will outlive us all.
American Dad: The Smith clan to return for round six.
American Idol: Coming back for season 10, without Simon Cowell.
Bones: Brennan and Booth, returning for year six.
The Cleveland Show: Renewed for round two back in October.
Cops: More bad boys coming in season 23.
Family Guy: Not bad for a formerly-cancelled show.
Fringe: More strange stuff in season three.
Glee: Coming back for the show’s sophomore year.
Hell’s Kitchen: Season seven starts June 1st.
House: More medical crankiness in year seven.
Human Target: Christopher Chance got a second season.
Kitchen Nightmares: More scary restaurants in season three.
Lie to Me: It’s true. Season three is coming.
The Simpsons: The family returns for season 22.
So You Think You Can Dance: Season seven starts May 27th.

Cancelled (or ending)
‘Til Death: The show’s luck ran out after four seasons.
24: After eight seasons, Jack Bauer gets some time off.
Brothers: Gone after 13 episodes.
Dollhouse: After two seasons, Echo is gone.
Mental: Only one season for this summer series.
More to Love: The plus-size Bachelor-like series isn’t coming back.
Past Life: No second chance or season, unaired episodes starting May 28th.
Sons of Tucson: The remaining episodes will still air but there won’t be a second season.

What do you think? Any news that makes you particularly happy or sad? When compared to other networks, is FOX better or worse about cancelling shows?

I just realized how many shows I watch on FOX! Thank you, FOX, for keeping all of my favorites – GLEE, Bones, House, Kitchen Nightmares, and Hell’s Kitchen. Whatever FOX is doing, ABC needs to catch on. ABC keeps killing all the shows I love. The only two they kept this year, that I watch anyway, were Modern Family and The Middle.

Too bad they bothered to renew Bones. Won’t be watching next year. Not after “Booth’s” lame mea culpa over his infidelity to his wife. When will people learn there are consequences to their actions?

I TOTALLY agree with Michelle! Lie to Me is an awesome show!

I’m hating the new slot for Human Target. They renewed it, but now they put it in a slot where it will probably die a miserable death.

I thought Mental was an excellent program. So sorry it didn’t get much chance as Fox did not promote it well. It had drama, comedy, and real life problems. Too bad. I love 24 and will really miss it, but it had to end sometime. Hope Keifer will be in another T.V. series.

FRINGE is my LOST replacement. I’ve been watching it since the beginning and love it more with each episode. Never even watched FOX till they added Fringe, Dollhouse and Glee. At least two of my three shows survived.

I really wish Fox would have given Mental a chance over the summer. Such a clever show with potential. Fox seems to not learn from their mistakes and continually tries to bring on new shows. Patience Fox! Have a little patience and give these shows some time!

Well, I think its time that 24 ends, I’m gald that House is returning, and I think Past Life should’ve done better. I really liked it and I’m sad it did so poorly.

The only cancelation that really disappoints me is 24. I’ve loved the show from day 1 episode 1… tense drama from beginning to end, just what I like!

only thing i watch on fox is 24, fringe, and dollhouse. they killed dollhouse and 24 is going away. never cared for fox much.
They make bad decisions.