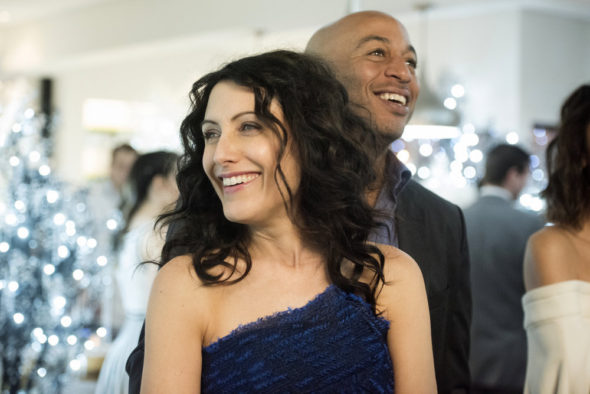 A Bravo dramedy, Girlfriends’ Guide to Divorce stars Lisa Edelstein, Alanna Ubach, Beau Garrett, Necar Zadegan, and Retta. Self-help guru Abby McCarthy (Edelstein) shocked the world when she separated from her husband, and her career took a dive, so she went in a new direction. In the fifth and final season, as the gang moves forward, they still find their lives are intertwined with those of their exes.

Please bring the show back!!