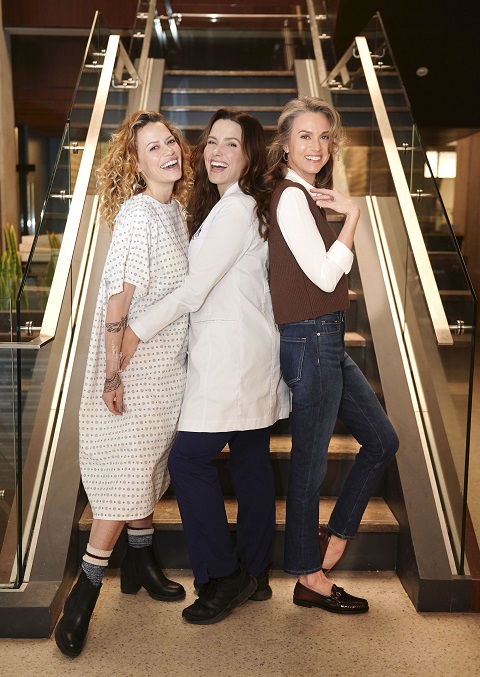 One Tree Hill fans are in for a special treat this spring. Bethany Joy Lenz and Hilarie Burton are set to guest star on an upcoming episode of CBS’ Good Sam alongside star Sophia Bush. The three appeared together on The WB and The CW series which ran for nine seasons between the two networks.

Good Sam premiered in mid-season on Wednesday nights, which put it up against Chicago PD on NBC. Bush starred on that series for four seasons before departing in 2017.

CBS revealed more about the One Tree Hill reunion in a press release.

“GOOD SAM star Sophia Bush reunited with her One Tree Hill co-stars Hilarie Burton and Bethany Joy Lenz on the Toronto set of her new CBS Original medical drama. Burton and Lenz are set to guest star in an upcoming episode, which began shooting today.

On GOOD SAM, Burton and Lenz will play sisters, Gretchen and Amy Taylor, respectively, who cross paths with Dr. Sam Griffith (Bush) when Amy is admitted as a patient at Detroit’s Lakeshore Sentinel Hospital. Additional details about the episode will be announced at a later date.

Currently, the trio co-host the iHeartRadio podcast “Drama Queens,” which revisits the experience of filming The CW’s beloved coming-of-age drama that wrapped 10 years ago. Their characters – Bush’s Brooke Davis, Burton’s Peyton Sawyer and Lenz’s Haley James – were close friends who weathered life’s highs and lows, from high school into early adulthood, together.

GOOD SAM stars Sophia Bush and Jason Isaacs in a drama about Dr. Sam Griffith, a gifted heart surgeon who excels in her new leadership role as chief of surgery after her renowned boss falls into a coma. When her former boss wakes up months later demanding to resume his duties, Sam is tasked with supervising this egotistical expert with a scalpel who never acknowledged her stellar talent. Complicating matters, the caustic and arrogant Dr. Rob “Griff” Griffith also happens to be her father. As Griff defies Sam’s authority and challenges her medical expertise, the big question becomes whether this father and daughter will ever be able to mend their own relationship as expertly as they heal the hearts of their patients.”

What do you think? Did you watch One Tree Hill? Are you excited to see the trio together again on Good Sam?

I like “Good Sam” —except for her father. Every character should be written as a genuine human being with good AMD bad characteristics— but he is a total bully and it turns me off. I doubt this show will make it.

While I’m very glad to see this, the ratings are a sealed deal, it’s definitely getting cancelled as nobody is watching 🙁