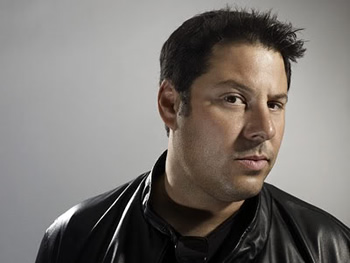 WHAT THE F*** IS WRONG WITH NBC! I SUPPORT ALL OF THE COMMENTS AND WHY CANT NBC REALIZE THAT THERE ARE MILLIONS OF FANS OUT THERE WHO WANT IT BACK?!!?!? WHEN I FOUND OUT THIS SHOW WAS CANCELED I STARTED CRYING BECAUSE I WORSHIP THIS SHOW AND ITS ALL I TALK ABOUT !!!!! IF THEY DONT MAKE A MOVIE IM NEVER EVER EVER WATCHING NO F****** NBC AGAIN!!!!!!!!!!! Who is with me i. Getting heroes back?!?! I REGRET WATCHING THE PREMIERE TO SEASON FIVE BECAUSE THAT JUST MAKES IT WORSE KNOWING THERES MORE TO IT WHEN CLAIRE JUMPS OFF THE… Read more »

yh plz give us an ending it was a well good show. Just season 5 plz.

please give us an ending

i really wish that it would have an ending

My favorite series of all time…How can they do this to us, the fans, hello…at least yall can wrap it up for us…at least one last episode to finalize things, make it a movie or an extra long episode, I don’t know, but for goodness sake don’t leave us hangin’…

If they cancel a wrap up – movie then i think thats a big mistake, why would any one want to watch or buy the dvds, if there is no ending or conclusion… I’m really disappointed, all these dedicated fans, left out in the cold. I would be happy if they would do a big screen movie or just like stargate did those 3 dvd only releases. I think a lot of people would buy it.

I stopped watching anything on NBC. There is no point getting even a season deep into any show because you dont even know if your going to see an ending with NBC backing your show.
I hope the Hereos movie comes out, this was my favorite show above any other show I would watch.

Please, don’t cancel the show! It’s my favorite. There is no other show like Heroes

We need something. A movie mini series or even bring the show back.

We Heroes fans need some sort of closure! Heroes was my favorite show I never missed an episode. PLEASE make a movie or mini series to wrap it up.

There just has to be something to wrap up the Heroes series. This was hands down my favorite TV show that has been created in a long time………

Heroes NEEDS an End. There are alot heroes fans in the world what are they waiting for!?

do the movie please i miss the series they left us with a whats going to happen next??