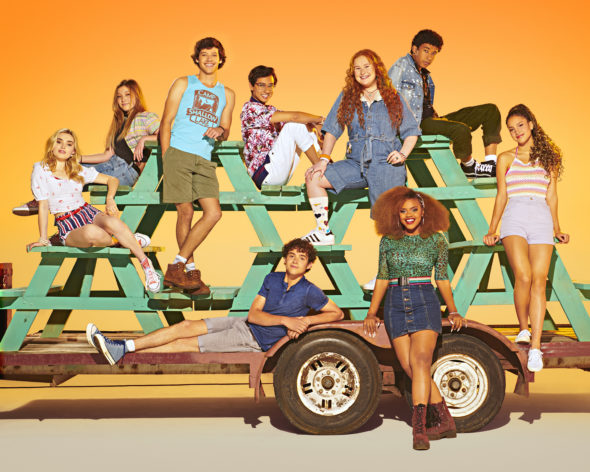 Drama never seems to take a vacation. Has the High School Musical: The Musical: The Series TV show been cancelled or renewed for a fourth season on Disney+? The television vulture is watching all the latest cancellation and renewal news, so this page is the place to track the status of season four of this show. Bookmark it, or subscribe for the latest updates. Remember, the television vulture is watching your shows. Are you?

Streaming on the Disney+ subscription service, the High School Musical: The Musical: The Series TV show stars Joshua Bassett, Matt Cornett, Sofia Wylie, Julia Lester, Dara Reneé, Frankie A. Rodriguez, Saylor Bell Curda, and Adrian Lyles. Recurring and guest players include Aria Brooks, Liamani Segura, Ben Stillwell, Olivia Rodrigo, Larry Saperstein, Kate Reinders, Joe Serafini, Jason Earles, Meg Donnelly, Corbin Bleu, JoJo Siwa, and Jesse Tyler Ferguson. The show follows a group of drama students and faculty members at East High, the Utah high school where the original High School Musical movie was filmed. The characters count down from auditions to the opening night of their school’s first-ever production of High School Musical: The Musical. They have budding romances, faltering friendships, and harsh rivalries as they experience the transformative power that only high school theater can provide. In the third season, the Wildcats head to Camp Shallow Lake, a California sleepaway camp, where they and their fellow campers are primed for an unforgettable summer ripe with romance, curfew-less nights, and a taste of the great outdoors.

Unless they decide to publicize viewership, it is typically difficult to predict whether Disney+ will cancel or renew a show like this for a fourth season. However, in this case, we already know that the series has been renewed. Subscribe for free alerts on High School Musical: The Musical: The Series cancellation or renewal news.

What do you think? Are you glad that the High School Musical: The Musical: The Series TV show has been renewed for a fourth season? How would you feel if Disney+ had cancelled this TV series, instead?