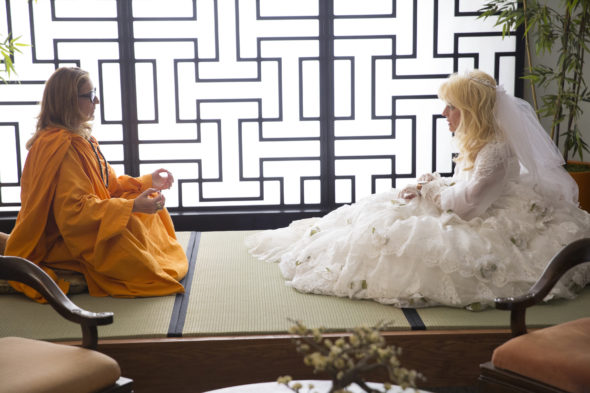 We’ll leave it to you to decide if it went out with a whimper or a bang, but Netflix has cancelled Maria Bamford’s Lady Dynamite TV show. The decision to pass on a third season renewal comes about two months after the second season dropped to Netflix, on November 10, 2017.

What do you think? Did you watch the first two seasons of the Lady Dynamite TV series? Should Netflix have cancelled or renewed it for a third season? Sound off, in the comments.

I saw seasons 1 and 2. It was one of my favorite recent series, but 2 seasons feels like enough. I’m looking forward to seeing what Bamford does next!