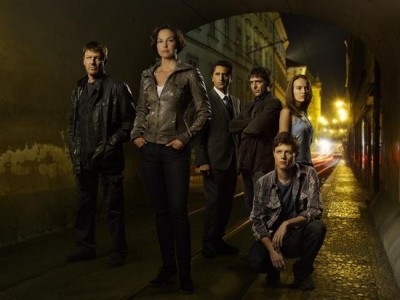 Once again the network has cancelled another great show. Please bring MISSING back.. I swear who ever makes the decision to remove great shows like: Missing,Awake,Terra Nova,In Plain Sight,Touch,Unforgettable,HawThorne and Alcatraz..Has no common sense. These are just some of the shows that should NOT have been cancelled. Please bring them back..

I was absolutely disappointed that Missing was cancelled. The show kept me on my seat..Loved all the characters..think Judd did to many woman to man battles and winning..Not realistic. But fun.

I am so sadden that Missing was canceled. I never missed a week and if I wasn’t home I would DVR it. I thought it would be on after the first of next year, but wrong unless it gets renewed. I liked her she is a good actress and played a good part.

BRING MISSING BACK PLEASE! ITS A VERY GREAT INTERESTING SHOW!!!!!!

I looked for this show tonight and was shocked I could not find it. I thought it was very good. What are you people thinking? You took off Harry’s Law, and I loved it.

Thats the problem with the different networks, THEY DON’T THINK.

Missing – I can’t believe the show was cancelled. After watching an episode I was ready for the next show. The story line was very easy to follow. Please bring it back!

I can’t believe they cancelled the show. I never missed an episode and was really looking forward for the next season. It always had be sitting on the edge of my chair. Please
bring it back.

I was absolutely obbsessed with this show! I really hope they eventually run it back up. You could possibly put down more advertisements to help it out.

I love this show it was well produced and just an interesting show maybe on at a bad time slot! Bring it back better time slot will do fine! Please bring it back!

This is a terrible ending they should have at least gave us an ending.
LouiseRudder

I’m so sick and tired of great shows like “GCB” Ringer” and “Missing” getting cancelled and replacing them with reality tv shows please Lifetime network, USA network, Soapnet,TNT network don’t let these great shows stay cancelled because The CW and ABC are ******** please save these shows.

Missing is one of the best tv shows we saw for a long time on television. people all over are talking about it and you want to cancell it.

One of my favorites! I was hoping they’d bring it back…such a bummer! I love Ashley Judd and was so glad to see her in a TV drama…so sad to see it go…

Just happened to think, maybe I should go online to see when “Missing” will be back on. What a letdown!!!! One of the first shows that wasn’t filled with smut! I had a group of ladies that got together just to watch this program. It kept you on the edge through the entire hour, and then, couldn’t hardly wait for the next episode! I recorded every one of the shows so I could re-watch before the next one, so I could try to figure out who the bad guy really was! PLEASE reconsider! Remember, American Idol was your competition. Lots… Read more »

Hi, I know TV shows have been saved in the past, by the out pouring of fans and supporters and I’m pleading with you to please reconsider your decision to cancel “Missing”. There is so much trash language and garbage on TV these days, that it was so refreshing to actually look forward to “Missing” coming on. I taped it every week,just in case I might miss some of it. It’s the most well-written and acted show I’ve seen in a long, long time. It holds the viewer’s interest from start to finish, and keeping them waiting for more at… Read more »