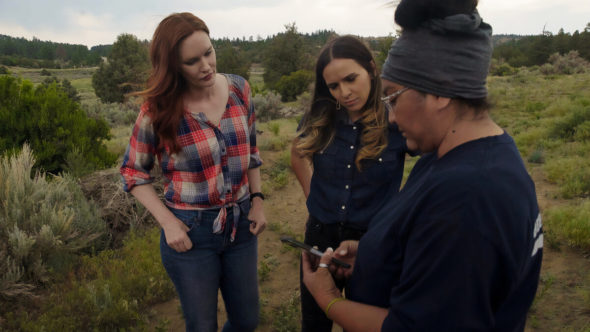 A CW investigative documentary series, the Mysteries Decoded TV show delves deeper into some of America’s greatest unsolved mysteries, exploring newly discovered evidence and utilizing high-tech tools in reopening each case. From the Phoenix Lights to the Werewolves of Kentucky, each investigation is led by Jennifer Marshall, an accomplished U.S. Navy veteran turned private investigator, as she mobilizes a team to embark on the formidable quest to bring closure to these long-lingering historical puzzles.

What do you think? Which season two episodes of the Mysteries Decoded TV series do you rate as wonderful, terrible, or somewhere between? Do you think that Mysteries Decoded should be cancelled or renewed for a third season on The CW? Don’t forget to vote, and share your thoughts, below.