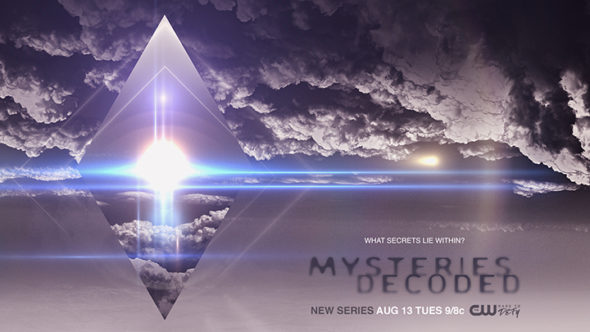 While they still run dramas in the summer, The CW tends to rely upon other fare that people can tune into without catching up with past episodes. Now they’ve debuted their new Mysteries Decoded TV show. Can it build up an audience on these sultry nights, or will it leave viewers cold? Will Mysteries Decoded be cancelled or renewed for season two? Stay tuned.

11/1 update: You can see the latest night’s ratings in context.

What do you think? Do you like the Mysteries Decoded TV series on The CW? Should it be cancelled or renewed for a second season?

Mysteries decoded is a very interesting show. It makes you think. Maybe they can finally answer the unanswered questions that have been ongoing for years. It’s a very good interesting show.