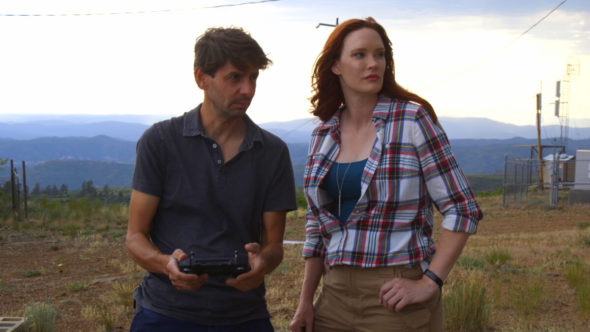 There are more cases to be solved on The CW. The network has renewed Mysteries Decoded for a third season and has announced an April premiere date. The second season of eight episodes finished airing in August.

An investigative documentary series, the Mysteries Decoded TV show delves deeper into some of America’s greatest unsolved mysteries, exploring newly discovered evidence and utilizing high-tech tools in reopening each case. From the Phoenix Lights to the Werewolves of Kentucky, each investigation is led by Jennifer Marshall, an accomplished U.S. Navy veteran turned private investigator, as she mobilizes a team to embark on the formidable quest to bring closure to these long-lingering historical puzzles.

The second season of Mysteries Decoded averaged a 0.05 rating in the 18-49 demographic and 486,000 viewers in the live+same day ratings (includes all DVR playback through 3:00 AM). Compared to season one, that’s down by 65% in the demo and down by 16% in viewership. Despite the decline in the numbers, the series was CW’s most-watched series of the summer and the second-highest rated in the demo.

The network quietly renewed the show, and has now announced that the third season episodes will begin airing on Sunday, April 2nd, at 8:00 PM.

What do you think? Have you enjoyed the Mysteries Decoded TV series? Are you happy that this CW series has been renewed for a third season? Were you expecting it to be cancelled?