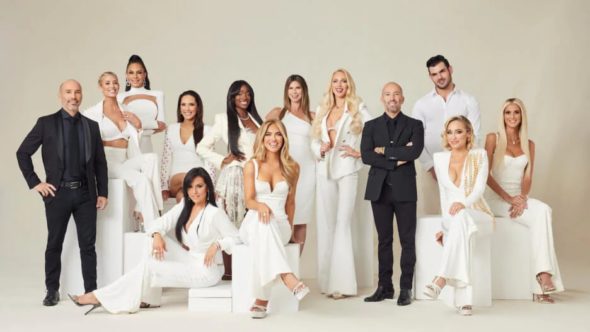 The Selling franchise is continuing to grow on Netflix. Selling Sunset has been renewed for two more seasons, and production on season six will begin later this summer. The streaming service has also set a premiere date for a new series, Selling The OC.

Netflix revealed more about the return of Selling Sunset and the premiere of Selling The OC in a press release.

“Get ready for more fabulous real estate and dream home renovations on Netflix! The Emmy-nominated docusoap Selling Sunset has been renewed for two more seasons, with production set to begin later this summer. But fans don’t have to wait long – the market is full of listings for new and returning favorites through the rest of the year.

Selling Sunset renewed for seasons 6 and 7, production to start this summer

· Synopsis: Set in the world of LA’s high-end real estate, Selling Sunset follows the city’s most successful female realtors who all work under the same roof at The Oppenheim Group, the #1 agency in the Hollywood Hills and the Sunset Strip. They work hard and play harder, as they compete with the cutthroat LA market… and each other.

· Synopsis: A fresh set of realtors square off, competing to establish themselves at The Oppenheim Group’s second office on the Orange County coast. Will the pressure prove too much for these agents to handle?

What do you think? Are you excited to see more of Selling Sunset on Netflix? Do you plan to check out Selling the OC this summer?