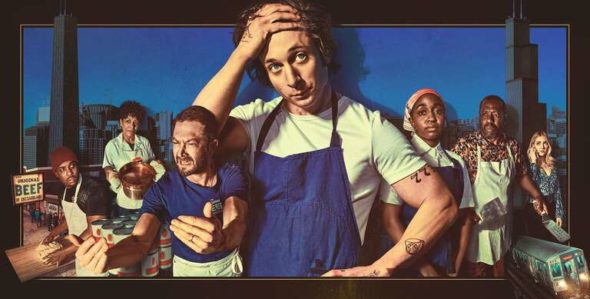 The story follows Carmen “Carmy” Berzatto (White), a young chef from the fine-dining world. After a heartbreaking death in his family, he comes home to Chicago to run his family sandwich shop — The Original Beef of Chicagoland.

A world away from what he’s used to, Carmy must balance the soul-crushing realities of small business ownership, his strong-willed and recalcitrant kitchen staff, and his strained familial relationships. All of this, while grappling with the impact of his brother’s suicide.

As Carmy fights to transform both The Original Beef of Chicagoland and himself, he works alongside a rough-around-the-edges kitchen crew that ultimately reveals themselves as his chosen family.

What do you think? Do you like The Bear TV show? Do you think it should be cancelled or renewed for another season?

Love this show and the cast! Please write a second and 3rd season. Couldn’t stop watching it!

Love the cast. Moves too fast. Can’t savor it. They just need to give it a beat once in a while…otherwise, brilliant 🙂