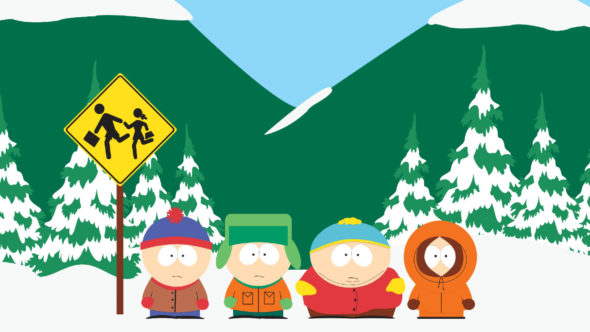 South Park is returning soon with a brand new special. A “Post COVID” movie is set to arrive on Paramount+ on Thanksgiving and the streaming service has released a preview. Another movie is set to follow in December.

Paramount+ revealed more about the upcoming special in a press release.

“Paramount+, the streaming service from ViacomCBS, and MTV Entertainment Studios announced today two new original South Park exclusive events for Paramount+. The first, titled SOUTH PARK: POST COVID, premieres Thursday, Nov. 25 and will also roll out on the service in the Nordics, Latin America, Australia and Canada. The second exclusive event will stream in December, the date to be announced. With these exclusive events, Kyle, Stan, Kenny and Cartman make their highly anticipated debut on Paramount+, adding to the service’s growing roster of adult animated series.

South Park kept its place in the cultural zeitgeist for the ninth straight year as cable’s #1 primetime comedy (P18-49). Fans have watched over 2.2 billion episodes of South Park, between linear broadcasts and streaming services, so far in 2021. The series has earned five Emmy Awards, to date, and a George Foster Peabody Award.”

Check out the preview for the South Park special below.

What do you think? Are you excited to see more South Park on Paramount+?