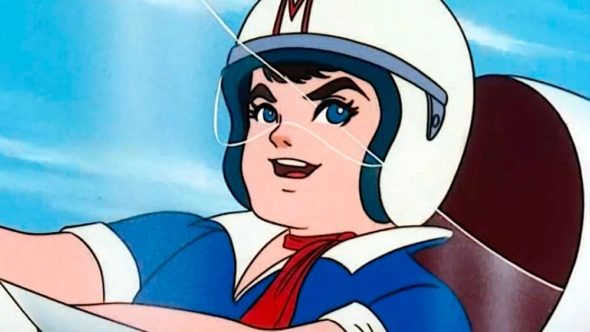 Speed Racer is coming soon to Apple TV+. The streaming service has ordered a new live-action series from J.J. Abrams which will be based on the 1960s manga and animated series franchise. A big-budget live-action movie was produced in 2008 but was a box office disappointment.

The Hollywood Reporter said the following about the upcoming Apple TV+ series:

“Sources say Hiram Martinez (Snowpiercer, Get Shorty) is set to co-write the project and serve as showrunner as his “exciting take” on the source material is said to have impressed Apple, Bad Robot and Warners. Ron Fitzgerald (who works with Abrams on HBO’s Westworld), is the other co-writer and showrunner. Abrams and his Bad Robot banner are set to exec produce.

Sources say the live-action TV series has been in the works for years and stems from Abrams and Bad Robot’s overall deal with Warner Bros. TV. The show landed at Apple some time ago and has been in the process of meeting and hiring its co-writers in recent months as sources note the development process has been excruciatingly slow.”

A premiere date and cast for the series will be announced later by Apple TV+.

What do you think? Did you watch the original Speed Racer? Will you check out the new Speed Racer live-action series on Apple TV+?

Movie is the best idea look forward to seeing it.