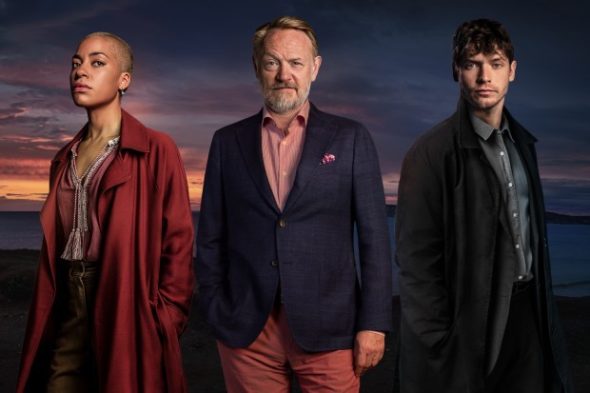 The Beast Must Die hasn’t premiered on AMC yet, but a second season is already being developed by UK streamer BritBox. Season one of the revenge thriller debuts on AMC on July 12th.  The six episodes revolve around a mother who takes matters into her own hands following the hit-and-run death of her son. Jared Harris, Cush Jumbo, and Nathaniel Parker star with Billy Howle, Geraldine James, Maeve Dermody, Mia Tomlinson, and Barney Sayburn.

If ordered, the second season will tell a new story but one character from the first season will return. Deadline revealed the following about The Beast Must Die:

“Vera writer Gaby Chiappe adapted the first season from the 1938 novel of the same name by Nicholas Blake, the nom de plume of poet Cecil Day-Lewis, father of Daniel Day-Lewis. It tells the story of a grieving mother who infiltrates the life of the man she believes killed her son.

Season 2 will be an original story told by Chiappe, which has been titled A Sword in my Bones. It will center on Billy Howle (The Serpent), who is poised to reprise his role as Detective Nigel Strangeways.”

What do you think? Are you planning to check out The Beast Must Die on AMC next month?

So pleased. Loving this series. Am getting AMC+ for 2 months for 99 cents, a prime day promo, and apart from some great movies via IFC, the only thing worth watching is this. (have already subscribed to watch gangs of london early & the salisbury poisonings). Have seen everything else.