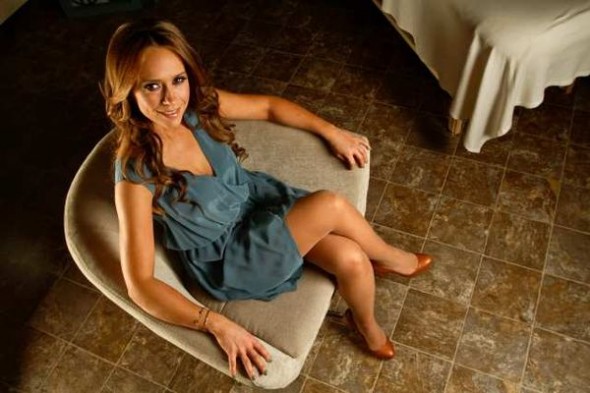 TV show description:
Riley Parks (Jennifer Love Hewitt) is a single mother who lives in a small Texas town and who leads a double life. Her secret would send shockwaves through the community and possibly land her in jail if it was ever exposed.

She begins working in a local day spa after her husband abandons her and their children, leaving them in financial debt. She soon realizes that the parlor offers much more than just massages. It’s not the “happy ending” she was expecting and it opens her eyes to a world she’s never seen before. She works with the parlor’s owner, Georgia Cummings (Loretta Devine) in order to keep food on her family’s table.

While helping to run the business, she struggles to discreetly balance two lives -– a single mother who must provide for her family and a strong businesswoman working in a unique and frowned-upon business.

Series Finale:
Episode #25 — “Wild Nights are Calling”
When Riley discovers the “client list” has been stolen, she’s puts herself in danger to get it back. Evan’s investigation into Carlyle puts him one step closer to Riley’s secret life.
First aired: June 16, 2013.

What do you think? Do you like The Client List TV series? Do you think it should have been cancelled or renewed for a third season?

I think they should make a season 3 I binged watched it. It has been one of the best shows I have watched in a long time. But I would love to know if Kyle and his wife stay together or if he ends up leaving her, and if they got away with everything what was going on at the rub

I just binge-watched both seasons. It’s a pity they didn’t tie up the story at the end of season 2. The spa may be gone but we don’t get to see what happens with a) any investigation that might touch on it b) how Evan deals with his own role in that investigation c) Riley coming clean with her husband d) whether the insurance money comes through e) whether the stripjoint owner is dead and if so f) whether Riley is suspected of anything – she was witnessed by a cop (Evan) running out of the building and thus was… Read more »

wish that it had not been cancelled. Watched it on Netflix and very much enjoyed it. Want to see what happens next

BEST SHOW EVER! I BINGED WATCH THIS ON NETFLIX! so upset that there wont be a third season! how can you just end a show like that.