The End is coming soon to Showtime. The cable channel has announced a premiere date and released a trailer for the upcoming dark comedy series which stars Harriet Walter and Frances O’Connor.

Showtime revealed more about The End in a press release.

In THE END, three generations of a family live with separate but intersecting obsessions – trying to figure out how to die with dignity, live with none and make it all count. The series centers on Dr. Kate Brennan (O’Connor), an Australian-based specialist in palliative care. Euthanasia is a hot-button topic in Kate’s field of work, and she is passionate in her opposition. On the other side of the world, Kate’s mother Edie Henley (Walter) feels just as strongly about her right to die. Kate has little choice but to ship Edie out from England and deposit her in Australia’s Gold Coast in a nearby retirement community – Edie’s worst nightmare. While Kate struggles with her own problems, her children, one of whom is a teenage trans boy, are trying to work out who they are and who they want to be. THE END is a story about family, ethics and emotion, and mostly how it’s never too late to start again. THE END also stars four-time Australian Film Institute award winner Noni Hazlehurst, Roy Billing, Robyn Nevin, Luke Arnold, Morgan Davies, Ingrid Torelli, John Waters, Brendan Cowell, and Alex Dimitriades.”

Check out the trailer and key art for The End below. 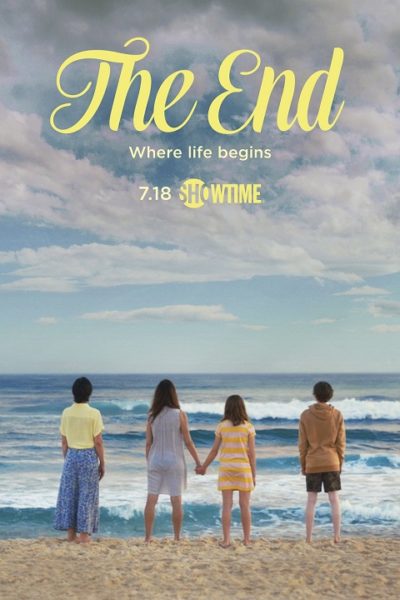 What do you think? Are you planning to check out The End TV show on Showtime?

Is the series related to my favorite Burt & Dom film The End?