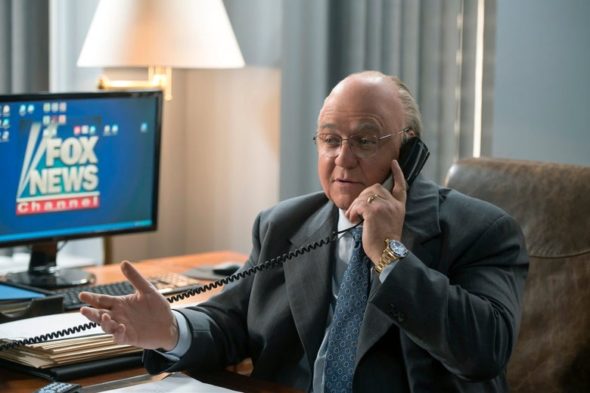 The Loudest Voice just aired its season one finale, but will there be a season two? Recently, showrunner Alex Metcalf spoke with The Hollywood Reporter about the future of the Showtime TV show.

During the interview, Metcalf revealed there won’t be a second season of The Loudest Voice anytime soon:

In a few years, you could do the Fox News sequel, but that story is still being told — the Fox News relationship with Trump and what happens with that. But we won’t know how that ends for a little while.”

However, Metcalf did say he was open to the idea of continuing the Showtime series as an anthology about “power and media and abuse of power and harassment in other arenas that aren’t necessarily Fox News.”

What do you think? Did you see The Loudest Voice? Would you watch a second season?

LOVED THE SHOW. Finally a show worth watching.

Yes for sure Great Show

Yes. more details could have been included. Great series

Absolutely! I thoroughly enjoyed it. I am a huge Fox News/Trump supporter. Russell Crowe was excellent; along with Sienna Miller. She was unrecognizable and I had to google the cast to find out who she played. WOW! Please bring it back and soon.

Yes it was great.