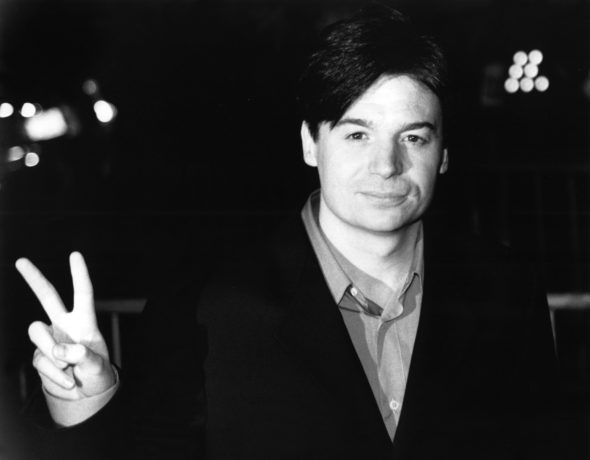 Mike Myers is headed to Netflix with a brand new comedy series, The Pentaverate. The actor will play seven characters in the new limited series which follows a centuries-old secret society that’s been influencing world events.

Ken Jeong, Keegan-Michael Key, Debi Mazar, Richard McCabe, Jennifer Saunders, and Lydia West will also star in the comedy. A premiere date will be announced at a later time.

Netflix didn’t reveal much about the new series, but we do know there will be six episodes. Myers said the following about The Pentaverate:

“I love creating characters, and Netflix has given me a fantastic playground to play in.”

Check out the announcement from Netflix below.

Mike Myers will play seven brand new characters in The Pentaverate, a limited series he created about a secret society who have been working to influence world events since 1347.

What do you think? Are you planning to check out The Pentaverate when it arrives on Netflix?

This must be a mistake, a Netflix show that’s not about teenagers. Someone’s getting fired.

Huh? Not sure what are you saying. Mike Myers is the best on Netflix series enjoy it and love it. Look interesting topic hopefully decent comedy always so funny.