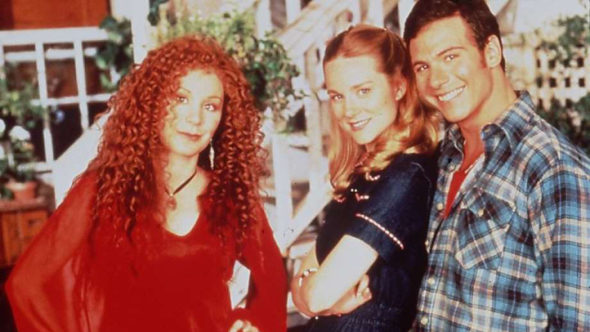 Some familiar and new faces are coming Tales of the City. Netflix just announced additional casting details for the upcoming revival series.

As reported earlier, Netflix is reviving the ’90s TV show, which is based on the books by Armistead Maupin. The original 1993 mini-series followed a group of people living in San Francisco during the 1970s and ’80s. The cast included Laura Linney, Olympia Dukakis, Barbara Garrick, Thomas Gibson, and Billy Campbell. The series spawned two sequels, More Tales of the City (1998) and Further Tales of the City (2001).

Series Features LGBTQ People In Front Of and Behind the Camera

· Currently in production, the series spotlights LGBTQ people both in front of and behind the camera. Showrunner / Executive Producer and writer Lauren Morelli (Co-Executive Producer and writer Orange Is the New Black) and Producing Director and Executive Producer Alan Poul (Tales of the City, Six Feet Under, The Newsroom), who are both part of the LGBTQ community, assembled an entirely queer writing team comprised of Andy Parker, Patricia Resnick, Marcus Gardley, Jen Silverman, Hansol Jung and Thomas Page McBee to create the authentic and multigenerational LGBTQ characters and stories. Talented directors who are also part of the LGBTQ community including Silas Howard, Sydney Freeland, Stacie Passon and Kyle Alvarez bring the vibrant, warm and colorful world of Barbary Lane to life. Transgender people involved in the production include: Josiah Victoria Garcia* (“Jake”) a non-binary trans actor who uses they/them pronouns; Jen Richards (young “Anna Madrigal”) a trans woman who starred in and was a writer and producer on the Emmy?-nominated web series Her Story, about dating as a trans woman; Daniela Vega (“Ysela”) a trans woman and the lead of the Academy Award?-winning film A Fantastic Woman; writer Thomas Page McBee; and directors Silas Howard and Sydney Freeland. *Editor’s Note: please refer to Josiah Victoria Garcia as Garcia when referencing them by first or last name.

· The 10-part Netflix original limited series will debut in 2019.

· Logline: Inspired by the books by Armistead Maupin, this next chapter – Armistead Maupin’s Tales of the City – follows Mary Ann (Laura Linney), who returns home to San Francisco and is reunited with her daughter (Ellen Page) and ex-husband Brian, twenty years after leaving them behind to pursue her career. Fleeing the midlife crisis that her picture perfect Connecticut life created, Mary Ann returns home to her chosen family and will quickly be drawn back into the orbit of Anna Madrigal (Olympia Dukakis) and the residents of 28 Barbary Lane.”

What do you think? Are you a fan of the original Tales of the City series? Will you watch the Netflix revival?