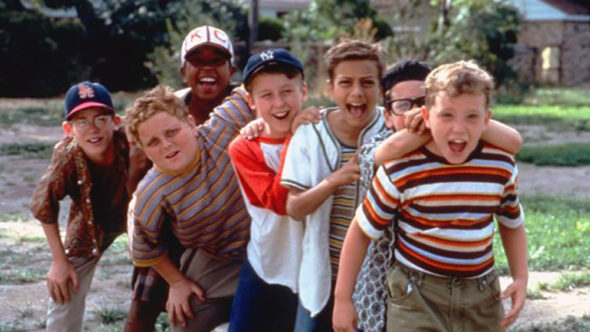 Is The Sandlot coming to the small screen. According to SlashFilm, the film’s director David Mickey Evans has a TV show in the works.

The 1993 film follows a group of friends who play baseball and come of age during the summer of 1962. The cast includes Tom Guiry, Mike Vitar, Patrick Renna, Chauncey Leopardi, Marty York, and James Earl Jones.

During a recent podcast appearance, The Sandlot director David Mickey Evans revealed he’s working on a sequels series based on the popular movie. According to Evans, the project has been sold to a streaming service but he would not reveal which one.

As for the series, Evans did say it would take place in 1984 and follow the Sandlot kids as adults.

What do you think? Are you a fan of The Sandlot? Would you watch a TV series follow-up?

I love the movie, so I will be watching the sequel too.