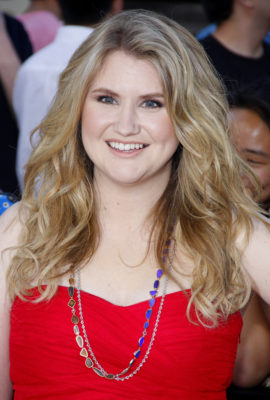 A remake of the James Corden/Matthew Baynton series, the comedy follows “two ordinary office workers who have their menial existence turned upside-down by a chance phone call and a case of mistaken identity: ‘If you are not here by 5 o’clock, we will kill your wife.'”

On The Wrong Mans, Bell will be playing Anna, who is based on the role Corden played in the original UK series. Anna is described as a “somewhat deluded fantasist who lives with her mother and has such an empty life that she leaps at the opportunity to join Sam in saving the kidnapped woman.” Bell joins fellow co-star Ben Schwartz.

Showtime has not yet announced a premiere date for The Wrong Mans.

What do you think? Have you seen the original Wrong Mans series? Will you watch the U.S. remake?

It’s called the wrong MANs for a reason.

Glad to see how to get away with murder coming with Amirrah on the show.