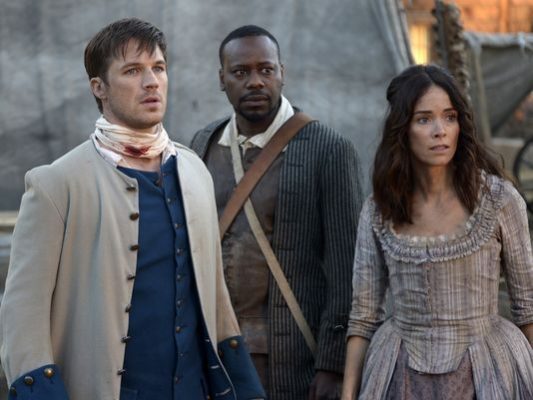 Timeless is gearing up for season two. Recently, the cast and crew posted behind-the-scenes photos from the NBC series’ upcoming season.

As reported earlier, NBC announced the time-travel drama was cancelled a few months ago before reversing their decision a days later. The series follows the unexpected team of a history professor (Abigail Spencer), a soldier (Matt Lanter), and a scientist (Malcolm Barrett) as they embark on the adventure of a lifetime to stop a villain from destroying America by changing the past. The cast also includes Goran Visnjic, Paterson Joseph, Sakina Jaffrey, and Claudia Doumit.

Production on season two of Timeless has just begun. The new season is expected to premiere on NBC in early 2018.

Check out photos and videos from the set below:

Ok, ok, it’s true. We REALLY like each other… a lot!
Time Team back together for Season 2. Let the games begin.#TimelessSeason2 https://t.co/B7nLdwQ6h5

What do you think? Are you a fan of Timeless? Are you excited for the new season?

Thrilled to see it’s coming back. Looking forward to 2018.

Amazing how this, Taken, Blacklist and Blindspot all got renewed and a show that did better in the ratings on a Sunday got the ax. #bringbackchicagojustice

So great to have them back! 🙂