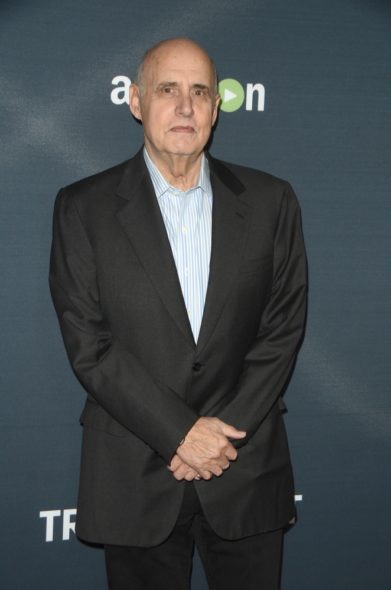 In the wake of sexual harassment allegations against him, Jeffrey Tambor has announced he is exiting the role of Maura Pfefferman and will not be in the fifth season the Transparent TV show on Amazon. To date, two of Tambor’s colleagues have made accusations against him. Reportedly, Tambor’s exit does not mean Transparent is cancelled, and there had already been talk of continuing the series without him.

An Amazon dark comedy, the Transparent TV show centers on a Los Angeles family. After some false starts, patriarch Mort Pfefferman (Tambor) comes out to her family as Maura — a transgender woman. Gaby Hoffmann, Jay Duplass, Amy Landecker, and Judith Light also star. For his part, Tambor has denied the allegations and apologized for any “misinterpretation” of anything he did.

“Playing Maura Pfefferman on Transparent has been one of the greatest privileges and creative experiences of my life,” the Emmy winning actor told Deadline on Sunday. “What has become clear over the past weeks, however, is that this is no longer the job I signed up for four years ago,” Tambor added of his role as the lead on the Jill Soloway created show.

“I’ve already made clear my deep regret if any action of mine was ever misinterpreted by anyone as being aggressive, but the idea that I would deliberately harass anyone is simply and utterly untrue,” Tambor asserted as well. “Given the politicized atmosphere that seems to have afflicted our set, I don’t see how I can return to Transparent.”

While a stunner on one level, this move by Golden Globe winner Tambor comes as the show itself was seemingly gearing up to shuffle him off the show.

As Deadline was first to report on November 14, since the first allegation against Tambor was made by his former assistant and transgender actress Van Barnes earlier this month, there have been discussions about writing the actor’s transgender Maura character out of the show for the upcoming fifth season. With a tiny bit of wiggle room for what may be legal reasons, it seems today that Jeffrey Tambor just made those talks a reality for the writers’ room.

Even before the first claims, Tambor’s option for a Season 5 had not actually been picked up, sources tell Deadline. Amazon is currently investigation both allegations and has been speaking to Soloway, members of the production and Tambor. Neither Amazon nor Soloway could be reached by Deadline for a response to Tambor’s announcement.

Yesterday at a panel in Hollywood, Soloway said she was “not able to say anything at all” about the accusations because of the on-going investigation.

This stunning shift by Tambor comes after transgender Transparent semi-regular Trace Lysette alleged on November 16 that the actor made lewd, sexual and unwelcomed remarks to her repeatedly while they worked together. The Blunt Talk actress also said that Tambor got “physical” with her on at least one occasion. In clear reference to Tambor, Lysette recommended that Amazon and Soloway “remove the problem and let the show go on.”

Saying he was “deeply sorry if any action of mine was ever misinterpreted by anyone as being sexually aggressive,” Tambor also responded to the claims: “I know I haven’t always been the easiest person to work with. I can be volatile and ill-tempered, and too often I express my opinions harshly and without tact. But I have never been a predator – ever.”

Less than a day after those claims by Lysette, Transparent writer and producer Our Lady J became the first and only member of the series to publicly back both accusers. Thanking Lysette for her “leadership,” the transgender scribe added, “we cannot let trans content be taken down by a single cis man.”

What do you think? Are you a fan of the Transparent TV series? Will you keep watching, even if Tambor’s character, Maura, is written out? Let us know, below.

I probably won’t watch season 5. They will kill Maura off and the show will die with her.

I also agree. No Jeffrey, no show. And I also LOVE this show my partner and I watched all 4 seasons one weekend while in Las Vegas.

I agree with Rene. No Jeffrey, no show. And I I0ve this sh0w.

No Jeffrey, no show. He and Judith Light are the only two worth watching. The rest of the cast are a total bore.