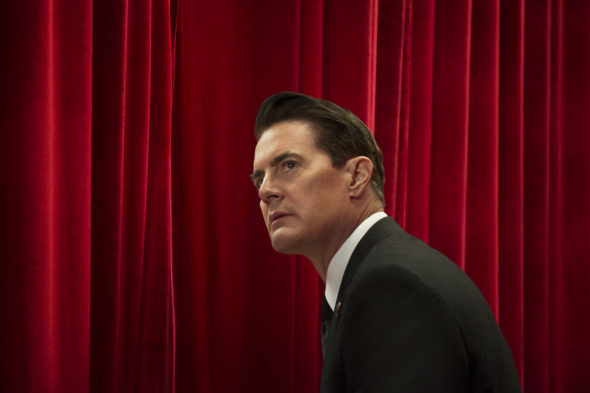 Showtime’s Twin Peaks revival just aired its finale, but will there be more? Recently, star Kyle MacLachlan spoke with Deadline about the polarizing finale and the possibility of another season for the David Lynch drama.

Speaking to Deadline, MacLachlan said he is “still processing” the Twin Peaks finale:

“I don’t know — I’m very moved by it. It was a traumatic moment at the end, obviously. How to interpret that is open to so many possibilities, I feel. I’m not even sure where I am on that. We filmed it very early and coming back to it now, it’s incredibly powerful — particularly with Sheryl Lee and that fantastic blood-curdling scream in the middle of the night in a small neighborhood in Seattle.”

But what about more episodes? MacLachlan revealed there hasn’t been any discussion yet. Though, earlier Showtime said the door’s open for more:

Well, I know for a fact there are no discussions for more Twin Peaks.That’s where that is.”

What do you think? Did you like the Twin Peaks finale? Do you want another season?

SEASON 4 PLEASE! David Lynch you have done it again for us all wanting more!

There needs to be continuation or closure. We did not wait 25 years for another cliff-hanger. Come on, you owe us that!

this is the best series of 2017
waiting for the continuation

Please,I’d like to see who she woke up with that bloodcurdling scream! Seriously, would like to see more of this quirky program.

Absolutely yes! We all twin peaks fans want another season!!!

We definitely want more Twin Peaks for sure.