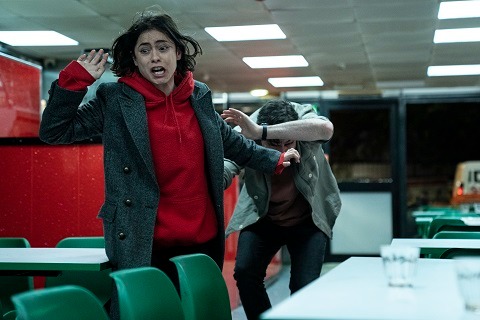 Wedding Season is coming soon to Hulu, and the streaming service has released a trailer. The new series stars Rosa Salazar, Gavin Drea, Jade Harrison, Jamie Michie, Callie Cooke, Bhav Joshi, Ioanna Kimbrook, and Omar Baroud. It revolves around a wedding and the death of the groom and his entire family.

The comedy follows a couple who finds themselves in the middle of a murder investigation. Episodes arrive on September 8th.

“From the producers that brought you “Broad City,” “Difficult People,” “Younger” and “Search Party, this genre-busting series tells the story of Katie and Stefan who fall for each other at a wedding and begin an affair, despite Katie already having a fiancé. Two months later at Katie’s wedding, her new husband and his entire family are murdered. The police think Stefan did it. Stefan thinks Katie did it. And no one knows for sure what the truth is…

The series is an action-packed romp across the UK and the US as Katie and Stefan go on the run, all while trying to prove their innocence.”

Check out the trailer and new key art for Wedding Season below. 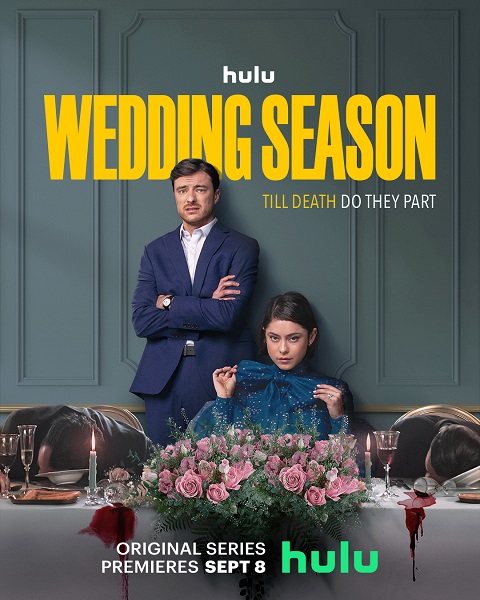 What do you think? Are you planning to check out Wedding Season on Hulu?